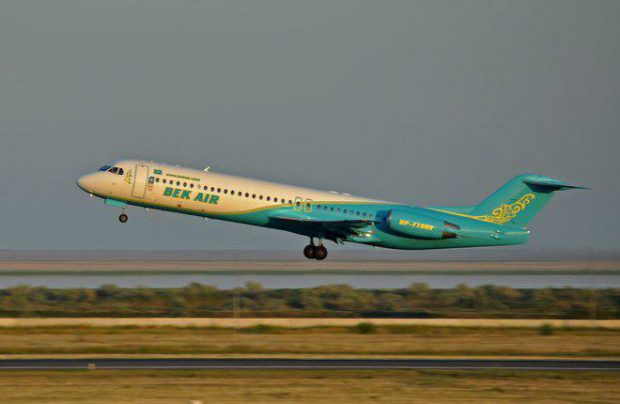 Kazakhstan has no immediate plans to restrict operations of those of the country’s airlines which have no IATA Operational Safety Audit (IOSA) certificates, the Ministry for Investments and Development (to which the Kazakh Civil Aviation Committee reports) announced on January 7.

The original plan called for scheduled domestic operations of all Kazakh airlines not possessing IOSA certificates to be suspended starting on January 1, 2016. To date, of the six carriers cleared to operate scheduled domestic flights in Kazakhstan only Air Astana and SCAT have passed the relevant IATA audit; Qazaq Air, the market newcomer, is enjoying a two-year grace period.

Had the obligatory IOSA certification requirement come into effect on January 1, Kazakhstan’s Bek Air airline would have suffered the most. In December last year, the carrier operated scheduled flights on 19 domestic routes. At the end of last year, Bek Air criticized the IOSA certification requirement in three newsletters on its website. The carrier also aimed criticism at the Civil Aviation Committee, and asked the Prosecutor-General’s Office and the Astana economic court to cancellation the current rules governing the clearance of airlines for scheduled domestic services.

In its report of January 7, the Ministry for Investments and Development notes that the mandatory IOSA certification requirement was adopted by a government resolution and approved by the Justice and Finance ministries, as well as by the Ministry of Economics and Budget Planning.

“Following the adoption of the law on permits and notifications in 2014, and of the Commercial Code in 2015, the Kazakh civil aviation authority has been working to harmonize national legislation related to airspace management and civil aviation with the aforementioned laws as applied to the issuance and revocation of permits,” the ministry says in its statement. “Therefore, no restrictions on the operations of those airlines which have not passed their IOSA audits are planned to be introduced in the near future.”

At the same time, the ministry notes that numerous meetings dedicated to IOSA certification have been held since 2013 in the course of which attending airline senior managers, including representatives of Bek Air, expressed their willingness to undergo the IATA audit.

“Nevertheless, Bek Air, Zhezkazgan Air, and Zhetysu still have not been issued with IOSA certificates, nor are they taking any action in this respect,” the statement continues. “In December 2015, these carriers operated scheduled flights on 21 domestic routes, on which other Kazakh airlines also operate. It should be noted, however, that Zhezkazgan Air operates exclusively intraregional city pairs, which do not require IOSA certification.”