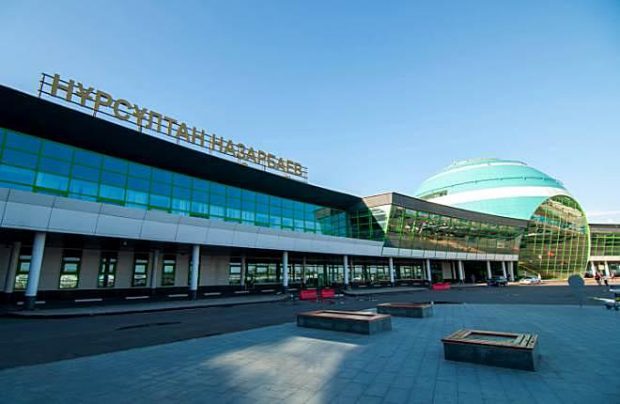 In 2017 the open-skies regime came into effect at Kazakhstan’s major airports, including Almaty and Nur-Sultan. The arrangement may be prolonged after a three-year trial (Nursultan Nazarbaev Airport)

Kazakhstan has introduced an open-skies regime at 11 international airports across the country. Starting from November 1 the new policy is in effect at the country’s capital of Nur-Sultan, as well as at Almaty, Shymkent, Ust-Kamenogorsk, Karaganda, Pavlodar, Kokshetau, Taraz, Petropavlovsk and Semipalatinsk, reveals the Kazakhstan Civil Aviation Committee. The open-skies status is not applicable at the country’s remaining nine smaller domestic airports.

In line with instructions from Kazakhstan’s president Kasym-Zhomart Tokaev, all restrictions on the number of flights have been removed at the nominated airports, and all foreign airlines can exercise fifth-freedom rights on routes not served by Kazakh operators. This means that international airlines may now stop at airports in Kazakhstan en-route from their origin countries to third destination countries. A similar open-skies regime has been in effect at the country’s Nur-Sultan capital airport since mid-2017, and reportedly contributed to the airport’s double-digit growth of operational results in 2018.

The new regime is subject to a three-year trial period, which may be extended later on. Its aim is to help Kazakh airports attract new international airline customers, expand their networks, thrive on transit flows, improve levels of competition and ultimately make air travel more affordable for the country’s population. The hopes are also high that the measure will contribute to developing Kazakhstan’s tourism sector.

Among potential early beneficiaries of the new regime are Qatar Airways with a route to Doha planned for 2020, Emirates (Dubai, 2021), and China Eastern (Shanghai, 2021).

Several developments are already underway. Within the current winter schedule, FlyArystan, Kazakhstan’s only low-cost carrier, is launching daily flights from Nur-Sultan to Moscow, whilst Russia’s Ural Airlines will fly from its Yekaterinburg base to Almaty. LOT Polish Airlines is increasing its Warsaw-Nur-Sultan route frequency to daily starting next summer, and is looking to launch services to Almaty in 2021.

Also, next year, Omani budget airline Salam Air is launching flights from Muscat (Oman) to both Nur-Sultan and Almaty, whilst two Kazakh airlines – flag carrier Air Astana and the privately-owned SCAT – are targeting Jeddah (Saudi Arabia) from Nur-Sultan and Almaty, respectively. SCAT is also considering Medina in the Kingdom.

Apart from that, Kazakhstan’s authorities have reportedly completed a round of negotiations with two of Asia’s largest airlines – Singapore Airlines and low-cost carrier AirAsia from Malaysia. According to Beibut Atamkulov, Kazakhstan’s minister for industry and infrastructure development, the country currently supports air connections with 26 states on 99 international routes, which translates to 430 daily flights operated by 26 foreign and three domestic airlines.