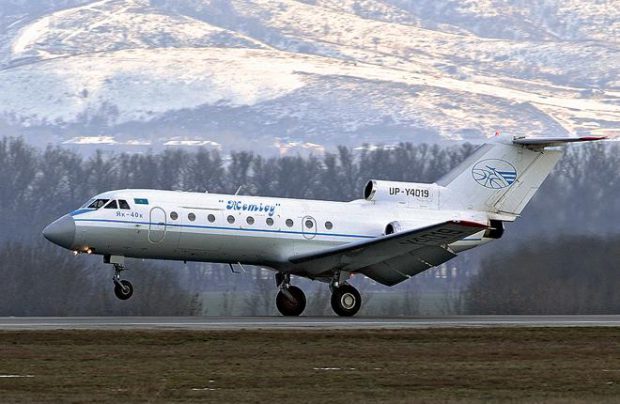 The government of Kazakhstan has embarked on a scheme to revitalise scheduled air service links between the nation’s smaller towns, Zhenis Kasymbek, the country’s Minister for Investment and Development has announced.

The pilot project involves a roadmap showing the renewal of the fleet of local Zhetysu Airlines with 19-seat turboprops, the first of which may be delivered before the end of this year, according to the minister.

Russian Aviation Insider sources indicate that the replacement aircraft are L-410UVP-E20s, built by the Czech-based and Russian-owned aircraft manufacturer Aircraft Industries (formerly known as Let Kunovice). They will eventually replace the Soviet-made fleet of 34-seat Yak-40 tri-jets which Zhetysu currently operates. The airline also manages an airport at Taldy-Kurgan, which is located 840 km south-east of the capital Astana Airport and 230 km north-east of Almaty.

In the meantime, the Kazakhstan state programme for its domestic aviation infrastructure development – called Nurly Zhol – envisages the creation of a network of 16 regional airports, including the reconstruction of five existing airfields with paved runways and the construction, from scratch, of 11 airfields with unpaved landing strips.

In the period between January and April of this year, Kazakhstan’s commercial airlines collectively served some 2.3 million passengers, a 21 per cent increase on the same period in 2017, following a 23 per cent growth demostrated for the whole of last year.