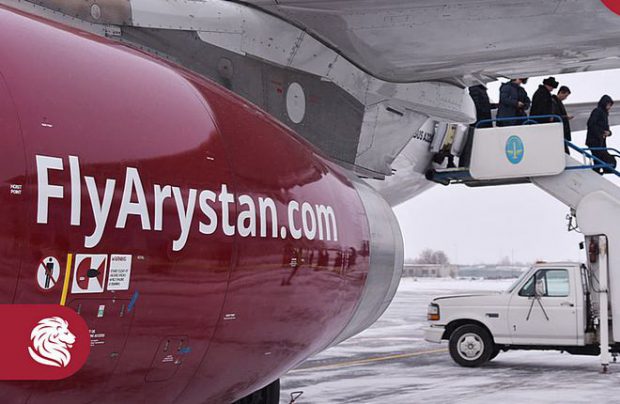 Kazakhstan’s first low-cost carrier (LCC) FlyArystan carried 700,580 passengers in just eight months between its May 1 launch up to December 31, 2019. The start-up budget airline, which is a division of the country’s flag carrier Air Astana, operated more than 4,000 flights and recorded a 94 per cent load factor in the period, with more than 90 per cent of its flights operating on time.

The LCC launched operations with two Airbus A320 aircraft inherited from its parent, with those aircraft based at Almaty. Then, in October and December, two additional A320 aircraft commenced operations at a new aircraft base at the Nur-Sultan (formerly Astana) capital city. FlyArystan finished the year with 13 routes to a total of 10 destinations and also started its first international service in December 2019 with daily flights from Nur-Sultan to Zhukovsky (Moscow).

“2019 was an exceptional start for FlyArystan… I’m very pleased to say that many thousands of our customers were flying for the first time,” Zhanar Zhailauova, the carrier’s sales and marketing director enthuses.

The airline claims that, across all the airports it operates, its average domestic passenger numbers growth was 38 per cent during the May-December period versus the previous year. In the last quarter of the year that domestic growth rate increased to 60 per cent compared with the prior year.

FlyArystan is planning to continue its rapid growth by significantly expanding its fleet size from four to 10 aircraft in 2020, which will allow it to launch new routes “to many more cities across Kazakhstan and the central Asian region.” It will also be opening at least two new aircraft bases at both Karaganda and Aktobe this year.

LCC FlyArystan is a division of Air Astana, based at Almaty. By 2022, it is planned to increase the FlyArystan fleet to at least 15 aircraft.

At the 2019 Dubai Air Show, Air Astana signed a letter of intent with Boeing for 30 Boeing 737 MAXs, with those aircraft intended for FlyArystan.