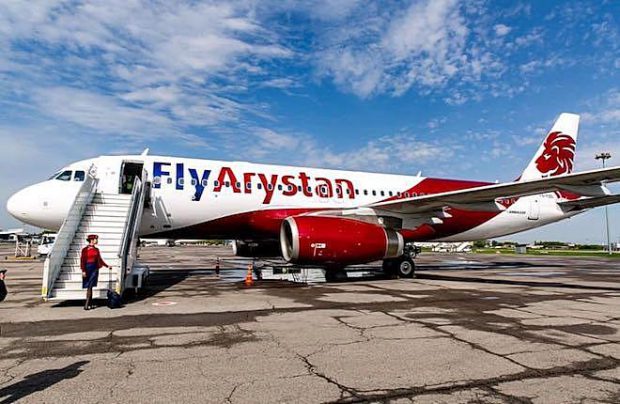 Kazakhstan start-up FlyArystan, the country’s first low-cost carrier (LCC), has taken delivery of its first Airbus A320 at an April 23 presentation at its Almaty airport base.

The six-year-old aircraft, with tail number P4-KBB, was previously operated by the LCC’s parent company Air Astana, and was flown to Almaty on April 20 from Mineralnye Vody in Russia where it had undergone scheduled maintenance at the facility of MRO specialist S7 Technics.

The low-fare airline will start scheduled flights on May 1, 2019, with an initial route network to include flights from Almaty to the cities of Nur-Sultan (formerly Astana), Taraz, Uralsk and Karaganda. Later, the list of routes will be added to with flights from Almaty to Shymkent and Pavlodar. At the first stage, the carrier’s fleet will consist of four Airbus A320s but, by 2022, it plans to increase the fleet size to 15 aircraft.

FlyArystan was created in November 2018 at the behest of Kazakhstan’s then president Nursultan Nazarbayev. Initially, the LCC will use the parent airline’s Air Operator’s Certificate, but is to apply for its own in the future.