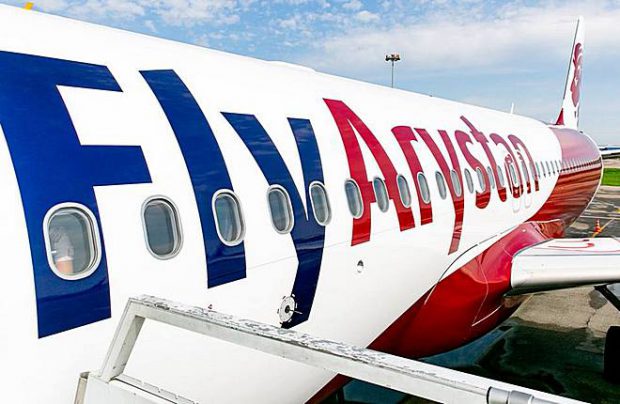 Kazakhstan has declared a state of emergency after eight confirmed cases of coronavirus infection. As part of the emergency measures, which will be in effect at least until April 15, the country has closed its borders and suspended all incoming and departing international air services.

Despite the air travel crisis caused by the global spread of coronavirus, FlyArystan, the low-cost division of the central Asian country’s flag carrier Air Astana has launched several new domestic routes. A service from Almaty and Nur-Sultan to Petropavlovsk is already available, as well as flights from Almaty to Kostanay and Kokshetau.

Just before the hiatus, Air Astana has taken delivery of its tenth Airbus A320neo family aircraft. Its brand new PW1127G-JM-powered A320neo, with registration P4-KBL (MSN 9574), arrived at Almaty from Toulouse on March 11, joining its fleet of 33 aircraft that includes six A321neos, the last of which was added in February. This is the first A320neo aircraft to be delivered to Air Astana from a three aircraft lease deal with SMBC Aviation Capital.

And FlyArystan, has started commercial operations with its fifth aircraft, a 2014-produced Airbus A320, with tail number P4-KBE, which previously flew for the LCC’s parent airline. It is also expecting a sixth to join its fleet in April.

Another local airline, regional carrier Qazaq Air has also announced that, whilst it has had to cancel its few international flights, its domestic services remain fully available.