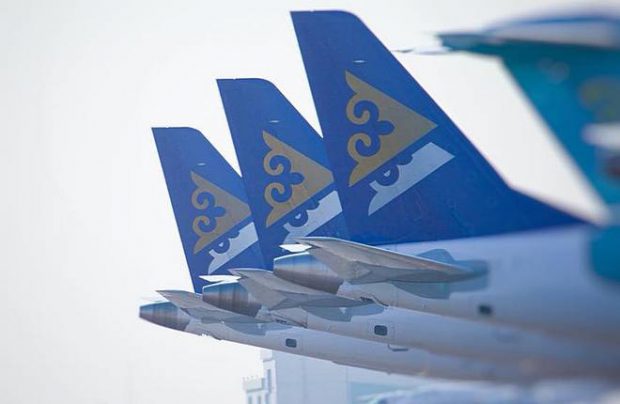 Air Astana, the national carrier of Kazakhstan, has declared an unaudited net profit for 2018 of just US$5.3 million, down 86 per cent year-on-year, a financial performance greatly influenced by a combination of higher revenues and spiralling jet fuel costs. Last year, the airline’s total revenue rose by 10 per cent to US$840.8 million, whilst capacity measured in ASKs (available seat kilometres) rose by five per cent and total passenger numbers by three per cent to 4.3 million.

However, transit business through the airline’s Astana and Almaty hubs, rose by 48 per cent, and now represents close to 40 per cent of all international traffic. In the period, operating costs rose by 14 per cent, driven mainly by an average jet fuel price surge of 27.5 per cent.

Commenting on the results, Peter Foster, Air Astana’s chief executive, states: “2018 was a challenging year due to higher priced fuel as well as pressure on international yields and domestic market share due to competitive capacity increases on key routes.”

Looking forward to 2019, Foster notes a fuel price reduction of 16 per cent from its peak in June 2018, and points to the expected May launch of its low-cost unit FlyArystan. “The low-cost airline is a great business opportunity on domestic and shorter regional routes. The travelling public will be delighted by the cheap fares we have in store, as long as the government facilitates the legislative changes that are required to enable FlyArystan to launch,” he adds.

Air Astana, a joint venture between Kazakhstan’s national wealth fund Samruk Kazyna and BAE Systems, with shares of 51 and 49 per cent respectively, commenced operations in May 2002. It operates flights to more than 60 domestic and international routes from its hubs at Astana and Almaty.