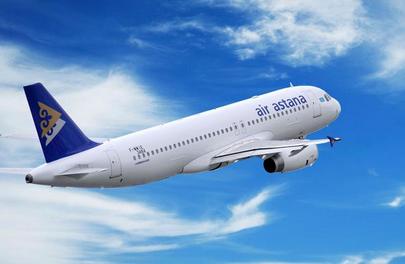 The cumulative traffic of Kazakh carriers increased at the end of last year by 7.3% as compared to the previous year’s results. In 2015, some 5.9 million passengers traveled with the country’s airlines, against 5.5 million in 2014. The traffic has been demonstrating steady growth for several years now, according to the Civil Aviation Committee of Kazakhstan’s Investment and Development Ministry.

More than a half of all passengers served by Kazakh carriers, or 3.8 million passengers, chose Air Astana, the national flagship airline, up 2% from 2014 results. Last year, the airline increased its capacity by 6%. Air Astana’s market share now stands at 64.4% and its financial results are as healthy as operational, with a net profit increase of 144%.

The airport located in Kazakhstan’s capital city Astana served over 3.3 million passengers, 13% more than in 2014. Its share in the cumulative traffic today is less than 30%, but the airport authority is planning a significant capacity increase by 2017. Almaty Airport has not reported on its 2015 operational results as of yet.