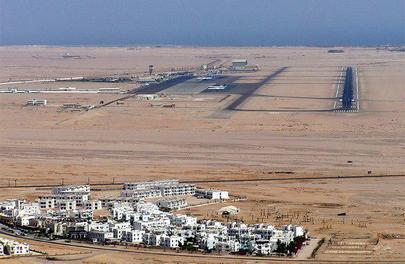 Aviation authorities of Kazakhstan have permitted the country’s carriers to restore air routes to Egypt. The decision was made based on the recent security audits in Egyptian airports, Kazakhstan’s Transport Ministry announced in an official statement.

According to the ministry’s data, Kazakh carrier SCAT Airlines has allegedly already expressed its willingness to re-open flights to Sharm-el-Sheikh starting March 19. SCAT itself did not comment. The airline used to operate charter flights to this destination before routes to Egypt were terminated. However, SCAT does not offer this route on its website at the moment.

Kazakhstan’s national carrier, Air Astana, has Cairo on the destination list in its distribution system, but attempts to book a flight fail. Not a single destination in Egypt is on its route network map.

Kazakhstan’s Civil Aviation Committee advised the country’s carriers against flights to Egypt and recommended travel agencies to refrain from selling travel packages to Egypt in November last year after a Russian Metrojet Airbus A321 airliner exploded over Egypt’s Sinai Peninsula while on route from Sharm-el-Sheikh to St. Petersburg, killing all 224 people on board.

The primary suspicion is that the crash was a terrorist attack. Massive security inspections in Egypt’s airports followed in the aftermath of the incident. Russia, along with several other countries, suspended flights to Egypt. It has been recently announced that the Russian carriers will be able to restore their flight routes to Egypt sometime in the first half of 2016.