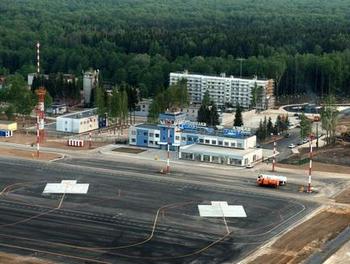 Grabtsevo airport in the city of Kaluga, about 160 km away from Moscow, has been approved for international operations. According to the local authorities, the move will “foster tourism and improve the region’s investment appeal”. Grabtsevo, the nearest regional airport to the Moscow hubs, is viewed as a future gateway for regular exchange of professionals among major industrial clusters (automotive, pharmaceutical, logistical, agricultural, etc).

Flights to Germany, Austria, and the Czech Republic are already in the airport’s schedule. Over 15 leisure and business destinations, such as Frankfurt, Munich, Paris, Antalya, Sharm el-Sheikh and Kiev, are being considered by half a dozen Russian airlines. Negotiations with Aeroflot, S7 Airlines, UTair Aviation, and other operators are underway. The airport is approved to handle Airbus A319 and Boeing 737 airliners.

Grabtsevo, run by the Kaluga International Airport management company (100% owned by the regional administration), relaunched regular operations in July. following years of overhaul work on the passenger terminal and the airfield infrastructure, including the runway, taxiways, and aprons. The cost of the renovation work, which amounted to RUR 4 bln (US$60 mln at the current exchange rate), was distributed between the local and federal budgets and private investors. The airport’s further development implies organizing MRO services for business aviation and building several hangars.

Kaluga’s second airport, Yermolino, should reopen in 2017. According to Salavat Kutushev, senior manager at the reconstruction contractor Yermolino Invest, the airport is striving to attract low-fares carriers such as Russia’s Pobeda and the international operators Ryanair and EasyJet. All three have expressed their interest, provided the new airport is capable of offering agreeable prices.