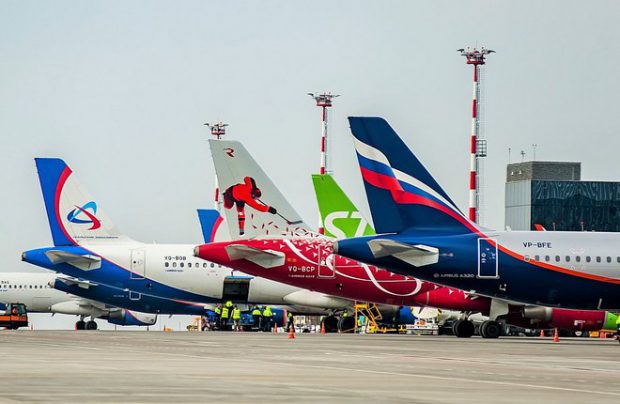 Russia’s aviation authority Rosaviatsiya has revealed the operational performances of the country’s airlines for the January/February 2020 period, immediately prior to the Coronavirus crisis.

Here is the encouraging, seemingly onwards and upwards flight-path of Russia’s major airlines just before the COVID-19 crisis struck: an industry enjoying a reasonable growth, the prospect of the addition of extra capacities – and healthy competition for ranking places in the monthly reports. According to the latest update of the industry’s operational performance in the first two months of this year, Russia’s airlines carried collectively 15.821 million passengers, up by 6.6 per cent year-on-year.

These two months are the final period of ‘normal life’ that, at that time, was only slightly affected by the COVID-19 threat. Sadly, such a market landscape is unlikely to be restored anytime in the near future. That is why it now appears important to recall these pre-crisis performance results, as they will probably be used as the baseline for all future comparisons.

In the first two months of the year the majority of Russia’s airlines in general demonstrated solid growth. RPKs exceeded 45 billion, an 8.5 per cent improvement on the same months of last year; and the international segment grew faster than domestic (9.7 per cent versus 6.9 per cent, respectively), generating 60 per cent of all RPKs. Below is a table of how things were at the end of February.

But now, a mere four weeks later, everything has changed. Primarily it is the leisure carriers such as Azur Air, iFly and Royal Flight that have taken the hardest hits, virtually stopping all their flights once the repatriation programme for Russian citizens is complete.

Meanwhile, those airlines specialising primarily in domestic and regional services are not only hoping to continue their operations, but have even seen recent signs of a revival, as some Russians have started to make reservations for the unexpected week-long quarantine ‘holidays’ granted by the Russian government. However, the nation’s prime minister, Mikhail Mishustin, has already advised against such travel.

For those airlines that are heavily reliant on the international segment much rests on the attitudes of their creditors and lessors. Several of the country’s largest airlines, among them Aeroflot, S7 Airlines and Utair, have been officially listed as ‘strategic enterprises’, and so it may be assumed that for them the government will employ some supportive financial instruments such as mild pressure on the state-owned banks and leasing companies to protect these airlines from insolvency. The recent announcement of a lease payments grace period provided by VTB Leasing to Aeroflot is an example of this development.

In general, though, it remains clear that such positive results, as illustrated by the table below, may take a long time for the industry to re-visit.