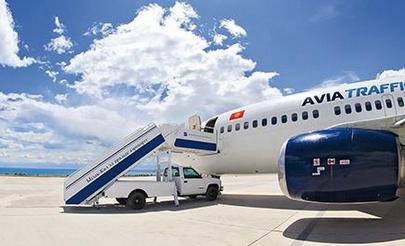 To realize the tourism potential of Lake Issyk-Kul, Kyrgyzstan’s major natural attraction, a homonymous airport was opened this past summer after reconstruction of the airfield. The modernized airport will break even as soon as passenger numbers reach at least 200,000 per year.

Kyrgyzstan’s largest lake, Issyk-Kul is located in the north-eastern part of the country. Lying at an altitude of 1,609 meters above sea level between the Kungey Ala-Too and Terskey Ala-Too ranges of the northern Tien Shan, it is the principal tourism earner for Kyrgyzstan. The length of this drainless lake’s shoreline is 688 km. Three airports were built in its immediate vicinity .

According to the Kyrgyz Ministry of Transport and Communications,  the country’s airport network shrank significantly in the past few decades, from 26 to 11, of which nine are currently in operation.

The first airport at Issyk-Kul was built near the resort town of Cholpon-Ata, on the northern shore of the lake, in the 1930s. A decade later, the town of Przhevalsk, to the east of Issyk-Kul, got its own airfield (the city was renamed Karakol 1992). Exactly 40 years ago, construction of the most contemporary airport, Issyk-Kul, began 5 km to the east of the village of Tamchy (which was renamed Issyk-Kul in 2003).

Choplon-Ata airfield got closed in the early 2000s over its failure to comply with the safety requirements. Only a helicopter pad remains operational there. Karakol International Airport, which is cleared to operate during the daytime hours only, accommodates Yakovlev Yak-40s and BAe 146s mainly during the winter skiing season.

In 1982, construction of Issyk-Kul (about 190 km to the south-east of Bishkek airport) was suspended due to lack of financing. By that time, a 2,000 x 45 m concrete runway had been built, complete with a turn pad and a trapezoidal safety area 40 m in length.

The decision to reactivate Issyk-Kul was taken following the shutdown of Cholpon-Ata airport. In 2003, a terminal for 50 passengers was built, airfield surfaces repaired, and navigation, meteorological, and ATC equipment installed as part of the government program to facilitate the development of tourism. Issyk-Kul was grated international status and began receiving Antonov An-24 turboprops and Yak-40s. The first international commercial flight, from Almaty, was handled in the summer of 2011.

Four years later, airliners began to land onto Issyk-Kul’s 3,800×45 m runway. The first one was a Fokker 100 belonging to Kazakhstan’s Bek Air, which arrived from Almaty.

Since the spring of 2006, the existing runway’s length has been extended by 1,800 m, a new 1,212-m taxiway has been constructed, the apron area widened to simultaneously accommodate seven aircraft, perimeter fencing erected, and a new access road laid. Prior to these renovations, an additional 272 hectares of land were leased to the airport  49 years for expansion purposes. The resultant area reserved for further expansion covers 387.3 hectares.

Issyk-Kul, which is managed by MIA’s Karakol branch, is currently cleared to handle Boeing 737/757, Airbus A320, Tupolev Tu-154 and Tu-204 families of airliners. The airport has re-employed 20 personnel previously employed by Cholpon-Ata airport.

To further improve passenger services at Issyk-Kul, the airport management is planning to install SITA information systems in 2016. Fiber-optic communications cables were laid at the terminal earlier this year for this purpose. Issyk-Kul does not offer line maintenance services, but will introduce them in the future, says Abdimalik Busurmankulov, head of MIA’s airport development and project management directorate.

MIA is currently working to  secure investment for the second phase of the project, a senior source in the company told ATO. If things go according to plan, the airport will get a rfuel farm, new passenger terminal building, power supply facilities, cargo terminal, and ICAO Cat I lighting and navigation facilities (only daytime operations are currently permitted at Issyk-Kul).

During the summer tourist season of 2015, Kazakhstan’s Bek Air and SCAT (with Boeing 737s) started operating flights between Issyk-Kul and Almaty, and Kryrgyzstan’s carrier Tez Jet launched BAe 146 services from of the country’s southern city of Osh (about 400 km away as the crow flies).

The airport is expected to receive more flights by more carriers in the future. MIA’s Busurmankulov says airlines might be interested in using the airport for connection services, but adds that a sizeable share of Issyk-Kul passengers come to stay for lengthy vacations at local resorts.

Busurmankulov believes Issyk-Kul will break even about five years after the second phase of the reconstruction project is completed, provided tourist destinations in the Issyk-Kul area operate throughout the year andgenerate a traffic of at least 200,000 passengers annually.

The government program to develop civil aviation in 2015-2020 mentions the optimistic forecast that the country’s annual air passenger traffic will have reached  4.5 million by 2020.