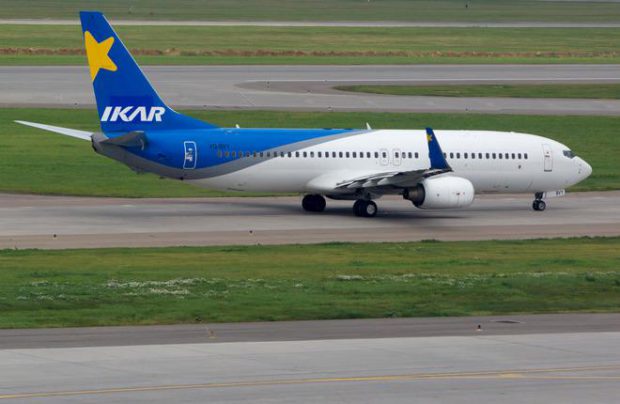 Pegas Fly was planning to operate flights from Zhukovsky to Tel-Aviv on a Boeing 737-800 (Photo by Leonid Faerberg / transport-photo.com)

Russian carrier Pegas Fly stopped selling tickets for flights from Zhukovsky to Tel-Aiv and has started to refund the tickets it had sold, Vedomosti daily reports. Presumably the flight program had to be cancelled due to the stand taken by the Israeli authorities. They refused to grant approval for the route, claiming that Zhukovsky is a Moscow airport and should fall under the regulations of the bilateral air service agreement . The incident was reported by Russia’s vice minister for transport, Valeriy Okulov on February 19, RIA Novosti writes.

Pegas Fly expected to launch flights to Tel-Aviv on the same date, but was later postponed to February 23, the announcement is still posted on Zhukovsky’s web site. However, the airline sent out a newsletter saying it stopped selling tickets to the new destination, and at the same time the flight disappeared from its reservation system.

This is not the first time Israel has expressed its discontent with the Russian authorities decision to define Zhukovsky as a non-Moscow airport although it is located just 26 km from the Russian capital. Such status should give a new airport crtain advantage over other three Moscow air hubs.

Israel regulators have clearly stated that the status gives the airport unjustified rights to destinations, which are covered by quotas defined by the intergovernmental agreement.

In January, Israel refused to approve the same flight for Ural Airlines. However the airline commented it know nothing of the refusal , and the flight is still in its system. The first flight is scheduled for March 26 (postponed from the initial date of February 19).

Earlier the authorities of Tajikistan expressed similar concerns regarding Yamal Airlines’ flights from Zhukovsky to Dushanbe and Khudzhand.

Zhukovsky started operations in September 2016. Currently it only handles only international flights.