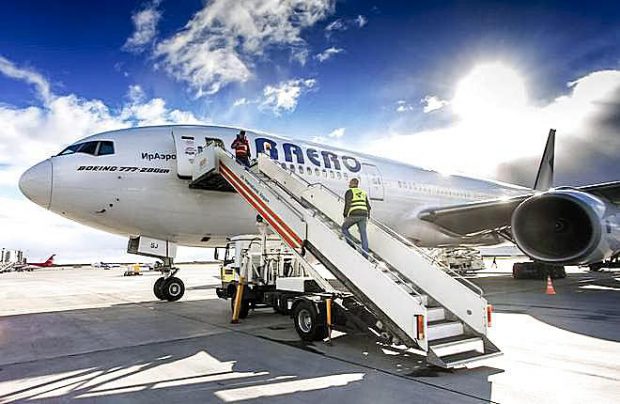 Under its Corporation for the Development of Irkutsk Region (CDIR) objective, the administration of the Irkutsk region, which is a south-eastern Siberia-located federal jurisdiction of Russia, has agreed to step in and take a 51 per cent controlling interest in the financially-troubled Irkutsk-based private carrier IrAero Airlines.

The effort to save IrAero has also found support with Ramport-Aero, operator of Zhukovsky Airport (IATA: ZIA) and Solidarnost Bank, one of the airline’s main partners. The three companies and IrAero have signed a memorandum of understanding, according to a Ramport-Aero statement.

The involvement of Zhukovsky airport, which is located some 25 km from Moscow, is because it is IrAero’s future hub for international services. The airline plans to base all three of its Boeing 777s there and, eventually, ZIA is expected to become the airline’s main base in central Russia. Ramport-Aero insists it is ready “to provide commercially attractive conditions for IrAero’s development,” the company told Russian Aviation Insider. The route network from Zhukovsky is currently being worked on but, clearly, the emphasis will be on routes to China. The launch of a large-scale flight programme to Chinese leisure destinations from the airport is scheduled for April. Along with that, IrAero also plans to launch several routes on its Superjet 100 regional jets from ZIA.

The airline’s first foray into trunk air routes to China was a complete failure. IrAero has not operated its recently acquired three Boeing 777-200ERs since early January, after ending relations in December with its Chinese partner, travel agency Zhujiang (Pearl River). Having failed to find replacement work for the 777s, the wide-body aircraft have since idled on the ground at Moscow.

No comments about the new plans for IrAero have yet been offered by partner organisations Solidarnost Bank, the Irkutsk regional administration, or IrAero Airlines itself.

With a registered capital of just 40,000 roubles (US$615), the airline – which is owned by its general director Yury Lapin and Vladimir Mironov – operates an eclectic fleet of three Boeing 777s, three Bombardier CRJ200 regional jets, 13 vintage An-24/26 turboprops and seven Superjet 100s (SSJ100). The owner of the SSJ100s, State Transport Leasing Company (GTLK) has voiced its discontent over IrAero’s allegedly poor financial discipline.

The airline is also a launch customer for the MC-21, Russia’s advanced mid-haul airliner, to be produced in Irkutsk. IrAero Airlines has 10 aircraft of type on order.