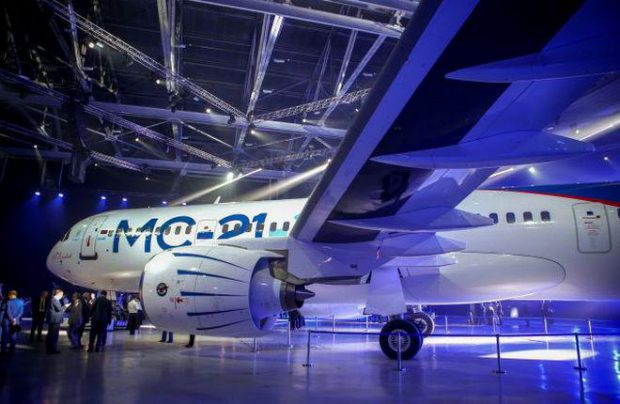 Russia’s Federal Air Transport Agency has received the application for MC-21 certificate validation with the European Aviation Safety Agency (EASA). The European type certificate is a “key factor in the promotion of Russia’s next-generation narrow-body on the European market and globally,” stressed the Russian regulator.

At the moment, Russian aviation authorities are putting together an expert work group, which will include specialists from the Federal Air Transport Agency, the Aviation Register of the Russian Federation and the airframer, Irkut Corporation. This group will facilitate organization of MC-21 testing according to European airworthiness standards.

Russian certification of the aircraft’s basic version, the MC-21-300 aircraft, with a seating capacity of 163 to 211 passengers is scheduled for 2018. The entire certification process will be carried out by the Federal Air Transport Agency, against the previous plans to assign the task to the Aviation Register of the Interstate Aviation Committee (IAC AR).

Plans call for acquiring the approval of the European aviation authorities in 2019. Initially the MC-21-300 will be certified with Pratt&Whitney PW1400G engines, but eventually it will also be available with the Russian-made PD-14.

Roll-out of the first prototype intended for flight tests took place at the Irkutsk aircraft factory in June this year. The first flight is scheduled for late 2016 or early 2017. In August the second prototype fuselage of MC-21 was delivered for static tests to Central Aerohydrodynamic Instirute (TsAGI).

As of June this year, the back-log for the aircraft included 175 firm orders. The main customers are Russian state-owned leasing companies Avia Capital Service (85 aircraft on order, including 50 for Aeroflot), IFC (50 aircraft) and VEB Leasing (30 aircraft). IrAero was the first among the airlines to place a direct order for the new aircraft. The OEM has also received over 100 LOIs for the aircraft.