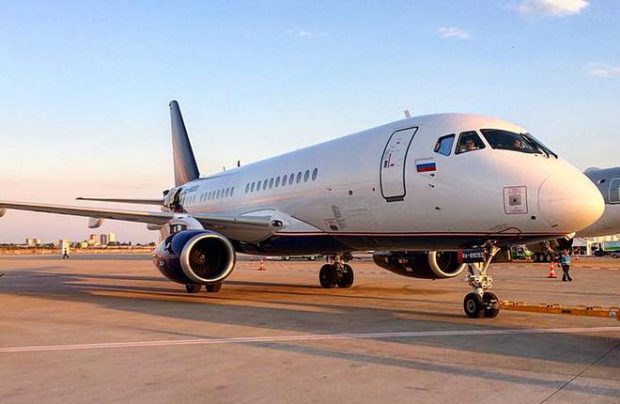 Sukhoi Civil Aircraft (SCAC), the Russian manufacturer of the Sukhoi Superjet 100, has signed an agreement for the delivery of 40 SSJ100Rs, the special ‘R’ (Russianiased) versions of the regional jet, to Iran.

The deal was reached at the Eurasia Airshow in Turkey, according to Vedomosti business daily, with two airlines – Iran Aseman and Iran Airtour – reportedly ordering 20 aircraft each.

Although neither the Russian original equipment manufacturer (OEM), nor its counterparts, have issued a formal statement on the matter, industry experts believe that if Russia’s United Aircraft Corporation (SCAC’s parent) is able to find a solution for the systematic replacement of the aircraft’s US-made components, thereby circumnavigating the existing sanctions, Iran may eventually grow into one of the largest markets for the Russian regional jet.

SCAC has one year to negotiate the terms for transforming the Iranian letter of intent into firm orders, as the deliveries are preliminarily scheduled for a 2020-2022 timeframe.

The Iran-bound new modified aircraft, dubbed SSJ100R (RRJ-95R), will consist of up to 15 per cent greater share of Russian-made components – reaching anywhere between 50 and 60 per cent – of supposedly replaced US-made parts.

According to SCAC’s president Alexander Rubtsov, the OEM has long been working on developing closer ties with Russian suppliers for the re-equipping programme. In particular, there are plans for securing a Russian-made APU, inertial system, cabin interior, electrical and hydraulic systems, and other vital equipment for the ‘R’ version.

The current agreement is not SCAC’s first attempt at approaching the Iranian market. In 2015, under its previous management, the OEM announced plans to deliver up to 100 aircraft to the country, claiming strong interest from local airlines, with discussions about industrial co-operation involving Iranian suppliers to the SSJ100 programme.

Iran is facing an acute need to renew its aircraft fleet, a situation substantially hindered by political sanctions. However, this situation may be easing, with several contracts now in place for Boeing, Airbus and ATR aircraft.

Currently, the largest operator of SSJ100s outside of Russia is Mexico’s Interjet, which has 22 of the Russian-made aircraft in its fleet and intends to raise this number to 30. Ireland’s CityJet has a total of 15 aircraft on order and has thus far received six.