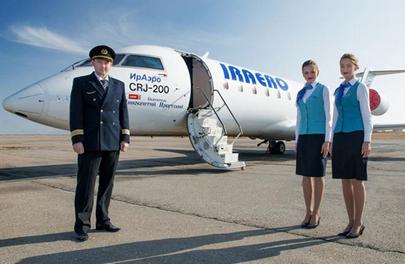 Irkutsk-based regional airline IrAero is planning to start operating Sukhoi Superjet 100s (SSJ 100) in mid-June 2016. As follows from the carrier’s schedule, the Russian-built airliners along with Bombardier CRJ200s will be operated on flights from Omsk to holiday destinations in the South of Russia (Sochi, Anapa, Gelenjik, Mineralnye Vody and Krasnodar), as well as flights between Irkutsk and Moscow.

There is now information on how many SSJ 100s will enter service within the summer schedule. The airline has not been able to provide a comment.

The SSJ 100s for IrAero will be delivered by the State Transport Leasing Company (known by its Russian acronym GTLK). A GTLK spokesperson confirmed to the Russian Aviation Insider that the negotiations are underway for four aircraft, and that the delivery is expected by the beginning of summer, which is a slight shift from the original plans. The agreement for the delivery of the aircraft has not been signed yet, the lessor emphasized, but the “basic financial parameters of the deal have been coordinated.”

IrAero’s president, Yuriy Lapin, announced plans to lease the SSJ 100s in March of this year. He said that the aircraft are required to expand the carrier’s route network to destinations outside Irkutsk region.