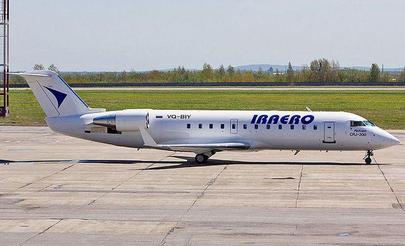 The Irkutsk-based air carrier IrAero is planning on expanding its fleet with four Russian Sukhoi Superjet 100 regional aircraft. The airline’s representatives explained the expected date of delivery for the aircraft was the beginning of May , but had not released any more details. The spokesperson for Sukhoi Civil Aircraft (SCAC), the aircraft’s manufacturer, declined to comment.

IrAero’s plans to acquire the SSJ 100s have only recently come to light. Just this week, in a meeting with Irkutsk region’s governor Sergei Levchenko, president of IrAero Yuri Lapin declared that the air carrier received permission to acquire the SSJ 100, and that the company has already trained its staff to work with the aircraft. According to the top-manager, the SSJ 100 will allow IrAero to develop a network of middle-range routes extending beyond Irkutsk region.

Today, the IrAero’s fleet consists of smaller aircraft: 17 Antonov An-24s and -26s turboprops, and six Bombardier CRJ200 jets. Earlier, according to Interfax, the airline had plans to lease four more CRJ 200s by 2016. However, these plans have been postponed for the time being.

In January of this year, according to the Federal Air Transport Agency, the airline served about 14 thousand passengers, 31% less than in January of 2014. IrAero occupies 27th place among Russian airlines in volume. The airline’s main goals in 2016 are the expansion of the route network, optimization of flight schedules and the increase in the frequency of existing flights.