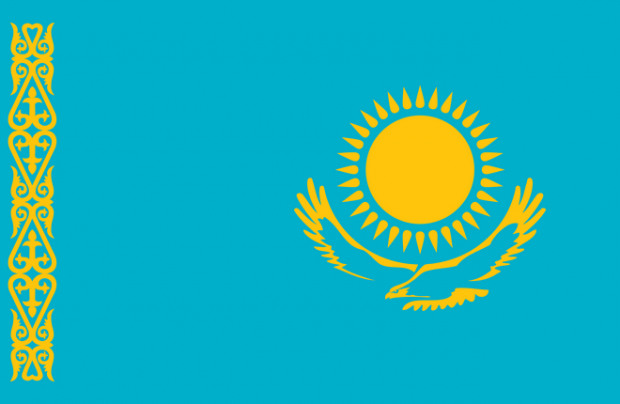 The air travel market in Kazakhstan has become an especially interesting one to watch. The central Asian country and ninth largest territory in the world has given life to several new local airline projects, is modernising its airport infrastructure whilst also improving its regulatory standards.

In this interview, Talgat Lastayev, the head of the civil aviation committee at Kazakhstan’s ministry for investment and development, shares his insight on these developments with Russian Aviation Insider’s sister publication ATO.ru.

АТО: The performance of Kazakhstan’s air travel industry has been improving for several years in a row. According to IATA forecasts, by 2037, the country’s airlines will serve some 18 million passengers annually, collectively ranking them eighth in the eastern Europe and central Asia region. What will keep this market growing at such rate? T.L.: In general, and referring to the current trends of Kazakhstan’s commercial aviation performance figures, what we observe is a continuous and steady growth both in the number of passengers and the number of airlines. That’s one of the most important indicators for us. In 2017 Kazakh airlines collectively carried 7.4 million passengers, that’s 23 per cent up on 2016, growth that was truly unprecedented. Even though the global industry is also growing, it is not enjoying a double-digit rate. In 2018 our traffic growth rate slowed to 6.8 per cent, but the number of passengers once again hit a record high of 7.9 million. That might not be too much compared with the scale of Russia, but for our country with a population of only 18 million, that’s a very impressive figure.

Now, to your question: considering the geographic location of Kazakhstan, we are placing the main emphasis on developing transit flows. We realise that our territory is conveniently located between two huge markets, with Russia, central Asia, the CIS countries and Europe on one side, and south-east Asia, with the likes of China, on the other. So we’re placing great effort in developing transit connections through Kazakhstan and we have virtually completed the modernisation of the entire ground infrastructure for air transport, renewing almost all runways and passenger terminals at our airports. Furthermore, we are continuously developing our international route network, opening a dozen new routes a year.

Naturally, the enormous traffic growth in 2017 was the result of the EXPO-2017 world fair held in the country’s capital [Nur-Sultan, formerly Astana]. To cope with the demand for air travel we declared an open-skies regime at Nursultan Nazarbayev Airport, under which all foreign carriers were free to operate up to seven weekly flights.

ATO: Which of the air freedom traffic rights does that correspond to?

T.L.: That’s the fourth-freedom of air for passenger transportation, and we also introduced fifth-freedom rights for freight carriers. So, at the end of last year, about a million transit passengers passed through Kazakhstan’s airports, following on from 2017’s 620,000. Just six or seven years ago this figure was close to nothing; we started off with 20,000 passengers and gradually brought it to 900,000.

ATO: What are your short-term targets?

T.L.: In 2020 we hope to have 1.6 million transit passengers traveling through Kazakhstan. That is the target set by the government.

ATO: Let’s touch base on the development of the domestic air travel sector, in particular regarding the new low-cost carrier (LCC) FlyArystan project. We know the beginning of the story – the former president Nursultan Nazarbayev had requested a budget carrier to offer lower fares, that’s clear. But by that time the Qazaq Air regional airline start-up had already been launched, with the same aim of luring passengers from ground transport.

T.L.: Both airlines are owned by the Samruk-Kazyna sovereign wealth fund. Regarding the positioning of both carriers, you’re right – FlyArystan is the low-cost division of national carrier Air Astana, which was created at the instruction of Nursultan Nazarbayev. That’s good and is a global trend. We can see that low-cost carriers are successfully winning their market share from classic airlines. But the differences are now becoming blurred, and you’ll see fewer purely traditional or purely low-cost airlines every day. Every player offers a range of products, and there’s a complete mixture of approaches, styles and so on such as low-cost carriers adopting traditional approaches, and classic airlines starting to offer low-fare products.

So that’s what Air Astana is now doing, and we support it because the primary mission of FlyArystan is to stimulate the mobility levels of Kazakhstan’s population, which are currently quite low. Regarding a clash with Qazaq Air, this airline originally positioned itself as a regional carrier that develops connections between regions.

ATO: Does this mean bypassing Almaty or Nur-Sultan?

T.L.: Correct, Qazaq Air’s primary task is to set up interregional air connections. In Kazakhstan, the distances between regional centres are quite long, so Qazaq Air has positioned itself primarily as a regional airline, not a discount carrier, and the choice of aircraft corresponds with that mission.

ATO: Are you referring to the Bombardier Q400 turboprop?

T.L.: This is a good aircraft, but it’s not fit for a low-cost project. Of course, our regional carrier strives to offer lower fares, but that’s done to attract passengers to using new routes.

FlyArystan, by contrast, is a typical low-cost airline. It will operate a monotype fleet of 180-seat Airbus A320s, offer no baggage fares, no meals on-board and so on. FlyArystan offers a standard no frills product that can be tailored to each customer’s needs. So Qazaq Air and FlyArystan work in different niches. In Kazakhstan, it is the national welfare fund that is responsible for the financial performance and business activities of state-run aviation projects. Perhaps, at some point down the road Samruk-Kazyna will change its decisions, but I am not aware of that. So far, the positioning of these two airlines is completely different.

ATO: But at the same time, the civil aviation committee is in charge of the industry’s development and its health.

ATO: Hence my next question. I understand that you find yourself between a rock and a hard place. On the one hand, the population will forever be unhappy with airfares but, on the other, airlines must stay strong despite inflation and fuel cost spikes and should be able to cover their rising operating costs with revenues. So my question is this: as far as I know the air travel market in Kazakhstan has been completely liberalised since 2012.

ATO: So there are also privately owned carriers sharing the same market, such as SCAT Airlines and Bek Air. And then along comes FlyArystan with its lower fares. Don’t you see it coming, that one of these airlines, which do not enjoy such support from Samryk-Kazyna, will eventually see their revenues drop and will be forced out of the market?

T.L.: That’s a logical question. Frankly speaking, I spoke with the management of both SCAT Airlines and Bek Air, and neither of these has observed anything dramatic in FlyArystan entering the market. Since we liberalised the domestic market we have been seeing positive results and new players. Up to 2012 we had our main carrier Air Astana and SCAT Airlines, which was basically a regional carrier back then. After we got rid of the route distribution practice and made safety requirements the only barrier to entering the market, both SCAT and Bek Air further developed. There are some domestic routes in Kazakhstan now, for example between Almaty or Nur-Sultan and the large city of Chimkent, which are served by four operators, where there used to be just one. And we can see that there’s enough traffic for all. Every airline has found its own niche and is working within its price segment.

I think that domestic air travel will keep developing. And FlyArystan is actually stimulating it. It will serve those new passengers, whom it will attract to air travel. So other airlines are quite easy about it.

ATO: It’s just that this whole situation of the creation of FlyArystan closely resembles the birth of Russian low-cost airline Pobeda, which is part of the Aeroflot Group. Some carriers admit that because of Pobeda, they have been forced to lower their fares and watch their revenues decline. So it seems that with FlyArystan’s plans to bring its fleet to 15 aircraft, the future doesn’t look too bright for the other operators.

T.L.: But such fleet expansion is not immediate. Time will tell. It’s hard to predict to the fraction how the market structure is going to change. However all players seem to be quite optimistic right now. There’s no panic, everyone plans to stay, and has a strategy for it.

ATO: And the airport infrastructure has been completely refurbished?

T.L.: Almost. We’ve got basically just one airport left without an upgrade: Ust-Kamenogorsk in the east of the country. We plan to start reconstruction of its runway before the end of this year. So all airports in Kazakhstan will then have renewed runways.