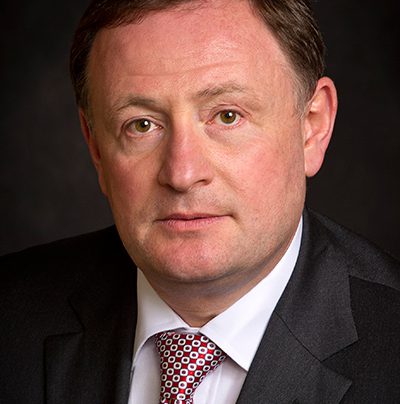 In an exclusive video interview with Russian Aviation Insider, Sergey Kravchenko, vice-president of Boeing International and president of Boeing Russia and CIS, shared his impressions of the Wings of the Future 2017 forum organized by ATO Events. He also spoke of the corporation’s cooperation with Russia on titanium production and space exploration, stressed the need for more low-cost carriers, and expressed hope that the Western sanctions against Russia would soon be lifted.

How did you find this year’s Wings of the Future forum?

I think the conference is definitely getting better. We were very lucky this year to have Bjorn Kjos here, the person who is widely regarded as one of the leaders of the aviation industry. He is a revolutionary, and an LCC pioneer. Bjorn’s presentation was incredibly interesting, especially because he came up with new and non-conventional strategies for Russia’s economic development and for promoting the travel industry.

This country desperately lacks low-cost carriers. Thanks to the efforts of [Aeroflot CEO] Vitaly Savelyev and [his company], today we see that the legislation has been amended, and that [Aeroflot Group subsidiary] LCC Pobeda Airlines has been set up.

This is a huge success, but for a country this big there should definitely be several budget carriers. They will be crucial for increasing the population’s mobility and for boosting the travel industry. Experts say that every 100 tourists generate 75 new jobs. Can you imagine what that might mean with regard to, say, St. Petersburg, Moscow, Sochi, Yekaterinburg, or Vladivostok? I think it is great that we had a chance to discuss all those issues today.

The second panel, which was devoted to innovations and industry development trends, turned out to be interesting as well. Boeing, Airbus, and the UAC [Russia’s United Aircraft Corporation] delivered remarkable presentations.

What other potential growth drivers in the air transport industry do you see in Russia and the region?

First of all, I would point out the amazing results so far: the industry is growing at 5-6% in terms of passenger traffic, and we registered a 20% growth in the first half of this year. All this proves that the economy is getting rearranged and adapted.

Public mobility appears to be the main growth factor for the national economy. We will see growing demand for a much bigger number of operations, not only via the Moscow hubs but also through regional airports. We are now witnessing a new generation growing up, one that is much more mobile. Perhaps these people do not make enough money so far to afford traveling with premium airlines, which continue to dominate the national market, so they will need such solutions as Pobeda.

Seriously, Aeroflot did a very good job, something that will benefit all of us. It set a precedent. I also admire the achievements of [Pobeda Airlines CEO] Andrey Kalmykov’s team. They hold the world record for Boeing 737 daily utilization. We hope that the carrier will keep growing, and that we will soon see new LCCs emerge in Russia.

How are the Western sanctions and the political situation affecting Boeing’s investment plans for Russia?

The sanctions are certainly not making anyone’s life any easier, they are a continuous anxiety factor. What we appreciate most in business is stability and predictability. Fortunately, so far no sanctions have been introduced against any civil aviation projects.

Currently, we are finalizing the project to build our second factory that will produce titanium components as part of our joint venture with VSMPO-AVISMA in the Urals.

Russian airlines have been ordering record numbers of aircraft from Boeing; the deliveries are impressive.

There are understandably fundraising difficulties under the current sanctions, but this problem is being addressed thanks to Sberbank, VEB, VTB, and Chinese banks.

Our life would definitely be much easier without the sanctions. I would prefer for them to be lifted as soon as possible. But even though we are going through hard times of political confrontation, cooperation in the civil aviation sector continues.

Recently I have discussed this issue with Alexander Neradko, who heads the Russian Federal Air Transport Agency. I told him that we are lucky to be able to fly well above all those political storms and political clouds. I really hope that it will continue to be the case in future, because aviation safety and passenger safety must not fall victim to political wrangling.

We have achieved great results; both US and Russian professionals have great respect for one another, they have been working side by side for many years. We are designing aircraft together, we are operating them and enhancing their safety and reliability together. Moreover, we have recently launched a major pilot training and aviation safety center in Skolkovo, and I very much hope that we will continue to carry out all these projects and that the sanctions pressure will not affect us.

You have mentioned the titanium project. What are its prospects for 2018 and beyond?

We have been building on this cooperation for many years now, it has been on for almost 20 years. We are truly proud of our joint projects with VSMPO-AVISMA, which is undoubtedly the best titanium producer in the world that supplies the aerospace industry.

We keep increasing the degree of titanium processing, and are now actually buying ready-to-go finished parts that go straight onto our aircraft and are also supplied to landing gear and engine manufacturers. Our planned second facility will be focused precisely on this.

In 2018 and 2019, we will intensify our efforts on another of our joint projects, which is a joint research and development center.

It is a known fact that the [Boeing 787] Dreamliner has not only Russian-made parts but also parts manufactured of Russian-supplied alloys. We would like for our new 777X, for which VSMPO-AVISMA is already the key supplier of presswork, to have more Russian-made parts and parts produced with Russian technologies.

It is a mutually profitable project: – we have a 50/50 joint venture, and this ratio also applies to any jointly created intellectual property. So the wonderful [Irkut] MC-21 airliner […] will be able to have absolutely the same titanium parts and use the same titanium technologies as we have on our Dreamliner. Airbus, however, will have to wait.

How is your cooperation with the Russian Space Agency going?

We have established great business relationships with the agency’s head Igor Komarov and his team. They have a very pragmatic and businesslike approach to projects which have huge background, such as the International Space Station, as well as to civil space projects.

It is exactly this kind of attitude, when excellent engineering traditions are combined with well-planned business ideas, that we like most of all. This is perhaps because Komarov is a former businessman, he used to be in banking and automotive business, but we definitely sense new blood being brought into this. And that is really great.

Both Komarov and [Rocket and Space Corporation] Energia CEO [Vladimir] Solntsev inherit to the amazing history of our aerospace industry, they truly respect it and proudly fly the flag which was once raised by [Soviet space exploration pioneer Sergei] Korolev, but at the same time they are interested in developing the industry as a business. This is what we lacked in the past, and what inspires me with regard to interesting future projects.