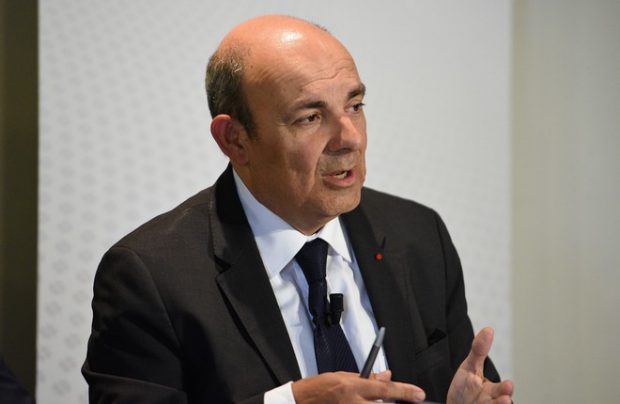 In his interviw with ATO Show Observer, Russiab Aviation Insider’s sister publication, Eric Trappier, Chairman and CEO of Dassault Aviation explains, why there is still hope for the Russian business aviation market.

Mr Trappier, how would you briefly describe the situation on the global business jet market?

The last twelve months the market has been very soft throughout the industry, primarily because of sluggish sales in emerging markets in the wake of poor economic performance and declining oil and commodity prices. Demand in our traditional markets has been insufficient to compensate.

The global economic outlook remains poor, with new uncertainties emerging in some markets such as Europe, with the looming Brexit, and the U.S., with forthcoming presidential elections.

However, we have been seeing strength in some sectors, like special mission aircraft and the Russian market. And we will shortly begin deliveries of our new Falcon 8X ultra long range trijet, which should have a positive effect on future sales.

What signs of recovery on the Russian market are you talking about?

The Russian market has been quite active this year, contrasting with the situation elsewhere in the world, and we expect sustained growth once the economy is back on track. The market has matured over the past few years and in terms of FBOs and service stations is now among the best served in the industry. And the geography of the Russian/CIS market, with its vast number small hard to reach airfields, makes executive aviation the only reliable way for business people to connect their far flung domestic and international operations.

What is Dassault doing in terms of customer support to cater for that growing market?

We’re setting up a new stock of spare parts at Vnukovo 3 to facilitate the distribution of spares within the Russia/CIS zone as part of our AOG service package. A new field technical rep will also soon be based at Vnukovo. In addition, our Dassault Falcon Service satellite center, established three years ago, is being continuously reinforced and is proving immensely popular with Russian/CIS customers.

For the past two years, local customers have also benefited from Falcon Response, a new offering that rolls all AOG activities, including spares and technical assistance, into a single comprehensive portfolio of services that is straightforward and easy to use for Falcon operators. The offering includes a pair of dedicated Falcon 900 aircraft that can dispatch spare parts, technicians and GoTeams whenever an AOG situation arises and even provide alternative lift – an industry first. Several Falcon 900 missions have been performed within the Russia/CIS region.

These measures are part of an ongoing effort to make Dassault Aviation number one in customer support and we are pleased to see that this effort is bearing fruit, as confirmed by recent surveys that rank us at the top of the industry in terms of aircraft reliability and the quality of customer support services.

Now that the 8X has been certified, is the market reacting the way you had expected? Is it not shifting the customers’ focus away from the 7X?

Customers have reacted very positively to the Falcon 8X, as expected, and we already have a sizeable quantity of orders in hand, including a number moving over from competing large aircraft brands.

Our new flagship will offer significant operating advantages, including a longer range than the 7X, while retaining the technological advances, flexibility and short field performance of its illustrious forebear. It will be capable of linking Moscow to Los Angeles or Cape Town non stop, and landing at confined airports like Gstaad, Switzerland, that are typically inaccessible to large business jets.

The 8X will also offer the widest choice of cabin configurations in business aviation, including an ultra spacious aft salon and an optional shower installation. And it will be available with Dassault’s revolutionary new FalconEye head up display, the first in the industry to combine synthetic and enhanced vision capabilities.

However, the 7X remains a very good option for customers who do not have a need for the added range offered by the 8X and so far we are still delivering a substantial number of new 7X aircraft.

Have you got any orders for the 8X from Russian customers?

Yes, we’ve already logged several orders and will hand over the first Russian aircraft in   2017. All of our three engine models, including the Falcon 7X and the 900 series, are proving very popular in Russia and the CIS. Since the last Jet Expo in 2015 we have delivered five 7X’s to Russian customers, four this year alone.

At what stage is the 5X program at the moment? What is the market’s reaction to potential delays in entry into service?

The development issues related to Snecma’s new Silvercrest engine have been clearly identified and satisfactory solutions adopted to resolve them.

A modified schedule has been put in place that foresees initial deliveries in 2020.The 5X will offer a level of cabin comfort and performance unique in the industry and we have no doubt it will be a tremendous success.

Which of your retrofit products have proven the most popular?

With the soft market we are seeing certain customers postponing their new aircraft purchases and opting for upgrades instead. We are therefore investing in new system and avionics improvements that can increase the capabilities of existing aircraft and enable them to meet ever more stringent regulatory requirements.

For now the 7X flagship remains our most popular aircraft, although the new 8X is steadily attracting stronger demand. The Falcon 2000 line has also done well, including in the multirole market, where we recently chalked up sales in the medevac and maritime patrol segments. Demand has been especially strong for the new LXS and S versions, which offer a blend of large body comfort and superior airport performance. We are in the process of qualifying our FalconEye Combined Vision System for the 2000 and expect the widebody twinjet to remain at the center of our product line for years to come.

Our upgraded Falcon 900LX trijet also remains in strong demand. We have a number of plans in the works to further modernize this proven and reliable platform, which will also long remain a fixture in our product lineup.

What’s the shape of the used aircraft market?

We are disappointed that preowned market prices continue to decrease. This is a very significant issue as it impacts new aircraft sales. Nevertheless, Falcon Jets have traditionally enjoyed slightly higher residual market values than the industry average, owing to their robustness and sound design.

We assist customers seeking to sell their aircraft and sometimes even offer to buy back the aircraft if necessary.

Dassault has always been ahead of the gang in terms of applying cutting-edge IT solutions in design and production. With the world growing ever more digital, are you finding new applications for digital technologies?

Each new aircraft brings new advances in IT technology. The Falcon 7X was the first business jet fully designed within a digital environment, using our Product Lifecyle Management software suite. We went a step further with the Falcon 5X, by expanding PLM to system design, and with the help of our sister company Dassault Systèmes we intend to continue to lead the way with each new aircraft program that comes along.