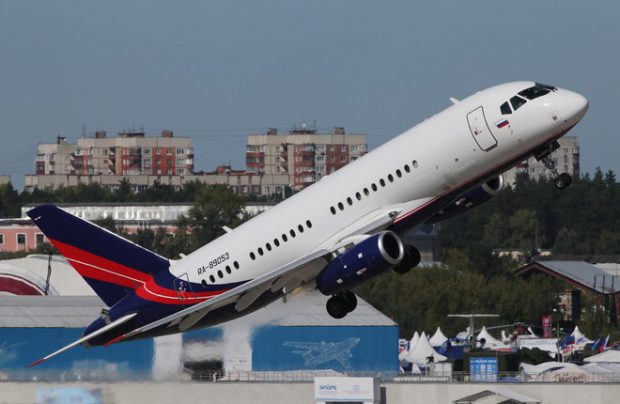 Russian commercial carrier RusJet, which specializes in VIP transport services, launched operations in 2006. The company chose Vnukovo-3, Russia’s leading bizav airport, as its base. It currently operates five airliners: a Hawker 125-800B, a Challenger 300, an Embraer Legacy 600, a Yakovlev Yak-42D, and a VIP version of the Sukhoi Superjet 100.

The operator is looking to introduce two more aircraft by the end of this year, CEO Alexander Kuleshov said in an interview to Russian Aviation Insider. The top manager declined from revealing details, but noted that these might be Russian-made airplanes.

Kuleshov, who is also deputy director of the State Research Institute of Civil Aviation (GosNIIGA) and chairs the board of directors of the Russian United Business Aviation Association (RUBAA), shared his views of the current state of the country’s bizav market.

– What are the current trends dominating the business aviation market in Russia?

– The situation is as follows. We clearly see that the bizav traffic has been declining both in terms of passengers served and flights performed. In particular, the overall number of flights between 2014 and April 2017 dropped by 18%, while passenger traffic went down by 19%. – Do these figures include both Russian and foreign VIP carriers?

– Yes, this is including business-jet operations both domestically and to international destinations. The latter has demonstrated the more significant decline: 27% down over the period against a 15% drop in the domestic sector. Foreign bizav operators registered a 31% decline, whereas Russian carriers managed to increase traffic by 30%. Remarkably, the market share of Russian operators has grown from 20.08% in 2014 to 36.05% in 2017.

– Has this growth been a result of rotation among Russian and foreign carriers on the market?

– I think it has, yes. However, the Russian bizav market remains considerably large: we are talking about 130,000 flights per year. By comparison, 160,000 flights were performed in 2014.

– Why did foreign carriers’ operations shrank so dramatically?

– Well, the answer is fairly obvious. On the one hand, this wa a consequence of the sanctions [imposed on Russia by the West]; on the other hand, a number of major European operators ceased so-called cabotage flights within Russia, which means they stopped flying between different destinations within the country.

– Has the overall downturn on the Russian market affected RusJet?

– As it turns out, RusJet has gone beyond the above-mentioned market trends. We have substantially scaled up the number of commercial flights. Besides, our company provides aircraft management services for airplane owners and also brokerage services. Our traffic volume has gone up by a total of 60%.

– How can you explain this impressive growth of the company’s economic performance?

– As I have said, the Russian operators increased their market share to 36.05%, and RusJet is definitely within the positive trend here. Second, the company has recently received new aircraft, which are now used in our intensive flight program. Finally, we are bringing down costs by introducing new technologies to our flight management and operation processes, as well as to the general business management processes.