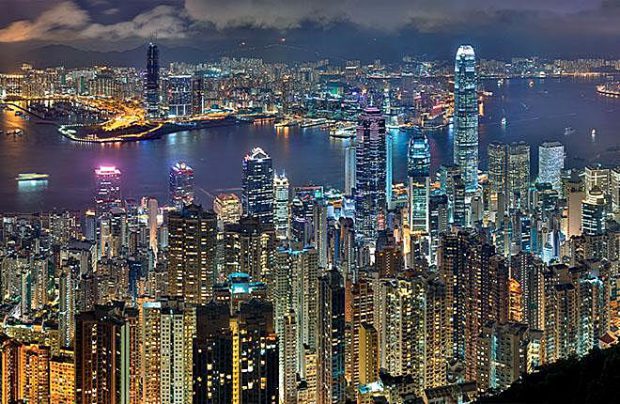 GTLK Europe, the Dublin, Ireland-registered subsidiary of Russia’s State Transport Leasing Company (known by its Russian acronym GTLK), is re-engineering its international operations and has already won a contract with budget airline easyJet.

ATO: How has GTLK Europe been developing its international business since 2012?

RL: GTLK Europe has been working very actively for six years. It is headquartered in Dublin, the world’s [aircraft] leasing capital. Aircraft make up 90 per cent of our portfolio, with the remaining 10 covering ocean vessels. The value of the entire aircraft portfolio is US$2.2 billion, and almost 60 per cent of it is for Airbus aircraft, the rest are for Boeing, with several Embraer jets. At this point, 80 per cent of our portfolio is leased to Aeroflot Group, Russia’s largest airline conglomerate. GTLK Europe was initially created with the aim to provide aircraft on lease to Aeroflot, with one of the airline’s primary requirements being that the leased aircraft are registered in Irish or Bermudan registries. If you look at Aeroflot’s entire fleet, their Airbus and Boeing aircraft are registered in these two jurisdictions.

Later on, in fact two years ago, GTLK Europe started its search for European clients. Today we do have European customers, including easyJet, one of the largest British carriers, an airline brand with a global awareness. Last year we participated in the open tender announced by this operator and we won and ended up leasing six aircraft to them. Among our other customers are Bulgarian Eagle and Germania, as well as several airlines from the Baltic states.

ATO: You are also entering the Asian market with your newly registered GTLK Asia. Why did you take that step?

RL: GTLK Asia was created to find clients in Asian and also to raise funds on the Asian capital markets. In 2016 and 2017 GTLK Europe placed two Eurobond issues totalling $1 billion with a circulation period of five and seven years respectively. Both the first and second issue were substantially oversubscribed – our receipt for the latest offering was 5.1 per cent. The major part of the Eurobond issue was purchased by Asian, American and European investors, whilst the share of Russian investors did not exceed 25 per cent. So, we’d like to enter the Asian market and diversify our business to eventually issue bonds on the Hong Kong Stock Exchange, which is one of the financial centres of the Asia-Pacific region.

We gave a lot of thought to the location of our [Asian] office. The two options were Singapore and Hong Kong. We eventually decided in favour of Hong Kong after that country introduced a new attractive taxation regime for leasing companies. Besides, it is located near the financial sources, as those major Chinese banks that offer finance leasing transactions have offices there. After Ireland, Hong Kong also offers the second most favourable taxation environment for lessors. Ireland has long been recognised as the world’s leasing hub – all major companies are registered there, including those with American or Chinese backing. But we aim to be closer to our target [Asian] clientele whilst also diversifying the geography of our borrowings. This is particularly relevant since some of the major investors in aviation now are the state banks of Asian countries and their leading subsidiaries, the likes of ICBC. These will be our main partners in Asia.

ATO: What other plans does GTLK have for expanding its international presence?

RL: In our drive for international diversification and entering the global markets in the search not only for clients but also for financing for our projects in Russia and beyond, we are making another new step by registering a subsidiary in Dubai. This procedure is to be finalised in November. In Dubai we’ll follow the same strategy we have chosen for Dublin and for Hong Kong. The logic behind this is that we have already built a successful European platform, which is showing good results and is in fact a substantial part of GTLK’s total portfolio. It is a leasing platform, which can be used for promoting Russian-produced commercial airplanes and helicopters on the international markets. We are ready for this, even today. This means that the Hong Kong and Dubai platforms will also be ready to promote Russian exports, perhaps as soon as next year, I believe. That is to say, we are working in several directions: on the one hand, the western-built range of aircraft of Boeing, Airbus, and Bombardier and, on the other, cooperating with the Russian Export Centre and Russian manufacturers to help them promote their products to the international marketplace.

ATO: Is it correct that GTLK Europe does not yet have any Russian-produced aircraft in its portfolio?

RL: We have a preliminary agreement with an Indian company for two Russian helicopters, which are at the production stage right now. The company has placed a deposit, so that’s a high level of commitment. The delivery is scheduled for June next year.

ATO: Are the helicopters the Mi-171A2 models?

RL: Yes, the type is undergoing certification in India now, but until this process is finalised we cannot draw up a formal contract. We have also been in active negotiations with two [international companies] regarding deliveries of the Superjet 100 regional jets. We studied both cases in terms of their financial performance, the risks involved and so on.

ATO: What is GTLK Europe’s portfolio plan for this and the next year?

RL: Since the beginning of this year the volume of GTLK Europe’s new business exceeded $500 million and we are forecasting growth for next year as well. Broken into segments, our targets are the following: 80 per cent would be narrow-body aircraft; and 20 per cent wide-body, with Airbus, Boeing, Bombardier, and Airbus A220 aircraft. The strategic goal set for GTLK Europe last year is to grow our portfolio to $5 billion in three years. As we continue active cooperation with Aeroflot I believe that Aeroflot will be responsible for 50 per cent of our [growing] business, and the other half will stem from international growth in Europe and Asia.

ATO: What is the plan for the GTLK Asia portfolio?

RL: It should reach $1.5 billion in three years, so roughly $500 million per year. This translates to approximately 40 aircraft, or a perhaps fewer, depending on the age of the aircraft.

ATO: What business model does GTLK have in general for its international business?

RL: We have a precise understanding of our markets in Russia and abroad. In Russia we mainly target new aircraft for Aeroflot Group, but in Europe it is much more difficult to work with first-tier companies. New aircraft for players such as Lufthansa or Emirates, for example, are provided mainly by leasing giants, such as AerCap, which have portfolios worth tens of billions of dollars. Their advantages include the much larger scale of their business and the subsequent lower interest rates available for them.

So, internationally we are currently targeting not new (this is our future) but the so-called midlife aircraft range, those that are in the middle of their first leasing terms, so they are likely to be between five and 10 years old. This is linked to the fact that the older the aircraft, the less emphasis is placed on the cost of financing, whilst the capabilities to manage the assets – risk management, engineering and aircraft management and so on – become of primary importance. The better your engineering management, the lower the maintenance costs and hence the more attractive proposals you can offer to your customers. To sum up, our goals are in Russia, the provision of new aircraft for first-tier airlines, and in Europe providing midlife aircraft for first- or second-tier carriers, such as easyJet.

ATO: What kind of deal do you have with easyJet?

RL: From a financial institution, we purchased six aircraft that had already been leased by easyJet. They conducted a standard European three-stage tender which we won. And their board of directors then approved us as lessor.

Because of this transaction we learned that we can compete with our western and eastern rivals, and that discovery has raised our confidence levels. In fact we now have a great relationship with easyJet, and we plan further new deals with them for this and next year.

In targeting first-tier companies we can prove that we meet the highest international standards, and the more customers we win this way, the higher the probability that our leasing platform will be successful in promoting Russian-built aircraft, such as the advanced, medium-haul airliner, the MC-21.

ATO: And the final question: how do you raise funds for the leasing transactions?

RL: If you consider GTLK Europe’s $2.2 billion portfolio, slightly less than a half is financed through European bonds listed on the Irish Stock Exchange, and the remaining $1.2 billion are loans from our parent GTLK [Russia’s largest leasing company]. So all of our projects have been financed from our own resources. And now there’s a solid potential to refinance part of what we supported with our own funds and bonds through taking loans with aircraft as security, and investing the resulting money injection into further business development. The bonds are valid for five to seven years, whereas the typical contract with Aeroflot, for example, is for 12 years. Therefore the offer that GTLK Europe can make to the banks today is to take the assets as security – and provide a loan for the completion of the entire leasing term. That’s exactly what we are doing to balance the financing terms (over a given period of time) and the leasing contract terms to have financing available for the entire duration of the aircraft lease period.