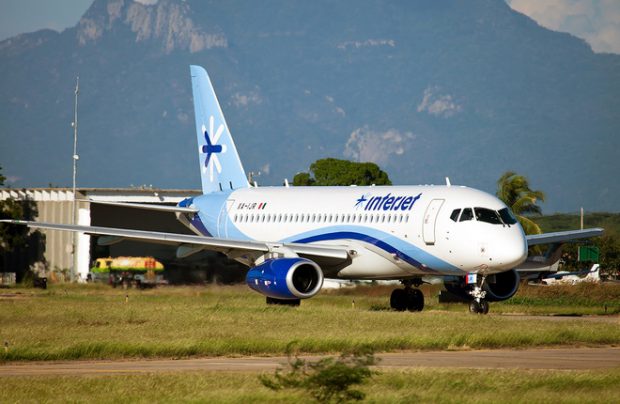 Sukhoi Civil Aircraft Company, a subsidiary of Russia’s United Aircraft Corporation (UAC), is planning to completed the delivery of the remaining eight Superjet 100 regional aircraft to Mexican low-fare airline Interjet in 2017-2018. Interjet will take delivery of four aircraft both this year and next year, which will bring the number of the type in the operator’s fleet up to 30. Currently the issue of providing the carrier residual value guarantees is being decided, UAC’s vice president of civil aviation  Vyacheslav Masalov told at the Aero India 2017 air show in Bangalore.

Masalov also mentioned that Sukhoi Civil Aircraft signed an agreement with Interjet which allows the carrier to perform maintenance on the Russian aircraft in Mexico, which is to begin as soon as the Mexican government approved the center.

The second stage of partnership between the Russian manufacturer and the Mexican carrier is to be the launch of aircraft parts manufacturing in the region, with a possible new partnership with Hong Kong-based HAECO.

Masalov also mentioned that the Interjet pilot training center for the SSJ 100 will open in Toluca, in May.

“We consider [Interjet] to be our partners,” said the UAC vice president. “In November of last year, we discussed creating and operating an airline in Cuba.”

Interjet is the largest non-Russian operator of the SSJ 100s.