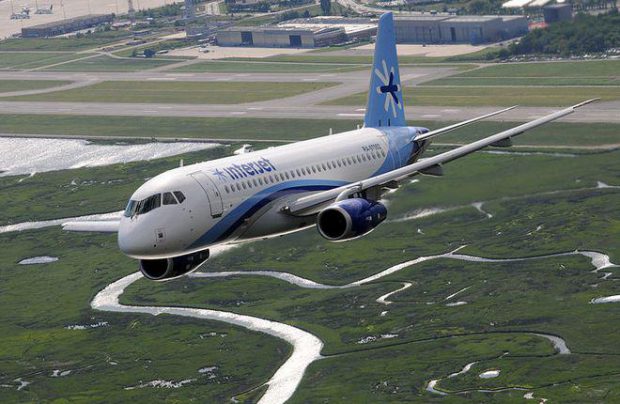 Interjet offered to extend residual value guarantee program to cover the Sukhoi Superjet 100 (SSJ 100) aircraft operated by this Mexican airline. The move will help the largest non-Russian SSJ 100 operator to have a more precise aircraft resale value forecast after decommissioning the aircraft. The guarantees are provided by UAC Capital, a subsidiary of Russia’s United Aircraft Corporation.

“Interjet is asking to consider the introduction of residual value guarantees. And we are correlating the possibilities of changing the aircraft purchase conditions with the resale value guarantees. We are preparing the offers now” – told Vladislav Masalov, United Aircraft Corporation (UAC) vie-president.

The scheme of SSJ 100 residual value compensation was introduced for testing in 2015. The program is to last till 2025 and is meant to provide financial compensations if the aircraft resale value after several years of operation turns out to be lower than the forecasted (60% of the initial value). The scheme is expected to help leasing companies to cut rates as they won’t have to transfer aircraft excessive cheapening risks onto the lease holders.

It commenced Russian aircraft operation in June this year. The Irish carrier as the European launch customer might have received the aircraft into operational leasing on favorable conditions. Unlike financial leasing in the case with Interjet’s SSJ 100 the operational one offers more convenient and flexible conditions. During the operational leasing the operator pays only the difference between the initial and resale value of the aircraft but not the full value as in financial leasing. That’s why the possibility to adjust a certain resale value will help Interjet to cut the leasing payments dramatically and the company will be able either to extend the contract after the leasing agreement is over or redeem the aircraft at their resale value or return them to the leasing company.

Moreover, UAC vice-president said the parties signed a confidentiality agreement which will allow Interjet to receive the necessary documentation and begin the gradual mastering of recondition and repair of SSJ 100 parts. The Mexican carrier plans set up an aftersales services center that may launch operations as early as in the beginning of next year.

The second stage of the plan means the launch of the SSJ 100 parts production in the region which will also help to cut back on their delivery time for Interjet. The search of a local partner with own capacities is now underway, as “the aircraft maintenance shop available at Interjet is not quite a manufacturing facility” – said Masalov. “They have an offer from NAECO which produces aircraft parts. This is a Hong Kong company but its production facilities are located in Florida, USA” – he added.

SCAC and Interjet signed an agreement in April to create a joint venture that will deal with SSJ 100 sales and promotion in the North, Central and South America. Moreover a maintenance center in those regions was meant to be created as part of the project.

Interjet fleet now consists of 22 SSJ 100. The company ordered 30 aircraft of the type. The deliveries are to be completed in Q1 2017.