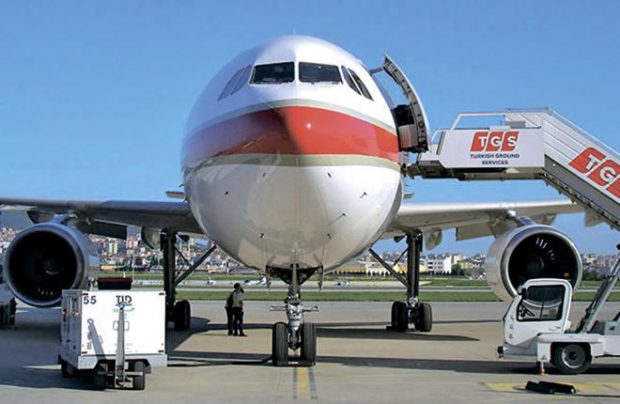 The company declined to reveal the details of its operation to Russian Aviation Insider. The carrier’s website reads that Silk Road Cargo Business launched services with an Ilyushin Il-76, which it no longer operates. Its first international flight was performed in August 2011, from Uzbekistan’s capital city Tashkent to Dubai’s Al Maktoum airport.

According to open sources, in November 2011 the airline added an Airbus A300-600. Built in 1994, the aircraft had been converted into a freighter by China Southern Airlines in 2003.

Untypically for the country’s commercial aviation, the aircraft received Bermuda registration, VQ-BNW. All of Uzbekistan Airways’ airliners are on the national register, their registration codes startin with the letters UK.

Silk Road then launched flights to New Delhi and Istanbul. The airline performed over 150 flights in 2012, carrying 6,000 tons of commercial cargo.

“And there is more to come, because our airline is planning to increase cargo volumes, expand its geography, and add new airliners in the near future,” reads a statement on the carrier’s website. “Our vision is to become a leading freight operator in Uzbekistan and Central Asia.”

So far, Silk Road Cargo Business has not achieved its ambitious goals. Its fleet still consists of a single A300, and there are just a handful of destinations served. According to online services which accumulate aircraft movements data, VQ-BNB makes several flights per month; in October so far, it has flown to Navoi (in Uzbekistan), New Delhi, and Istanbul. For a brief period in 2016 the airline operated a second A300-600, VQ-BSK.

Russian Aviation Insider’s source in the Uzbek airline industry believes that the future might not be that bright for the operator because of its ownership specificis. The airline is linked to the family of Uzbekistan’s late first president, Islam Karimov, who passed away in September 2016.

More specifically, Silk Road Cargo Bussiness is believed to have been founded by Karimov’s son-in-law Timur Tillyaev. The latter is associated with Abu Sahiy, Uzbekistan’s largest market for imported goods, which also runs a freight operator of the same name.

Reportedly, Silk Road is primarily involved in carrying goods such as household appliances and clothing from Turkey and the UAE in the interest of the entity, while also using its capacities to generate additional revenue.

After Shavkat Mirziyoyev (used to be prime minister under Karimov) became president in 2016, the political environment changed. Silk Road Cargo Business would not have emerged without family ties within the country’s elites. However, nepotism alone might prove an insufficient basis for the company’s stability.