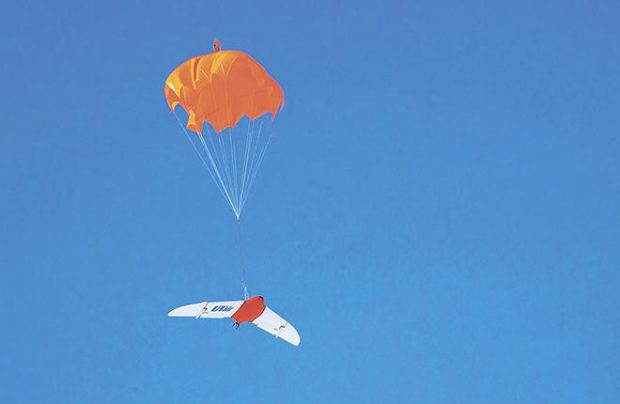 The subsidiary signed its first UAV commercial contract in January, following a thorough exploration of the market and the setting-up of a specific division within the company to administer UAV-related issues.

Demand for unmanned air delivery services has been influenced in no small way by the severe downturn in oil prices. This development has fostered the introduction of UAVs as customers look to bring down their aerial services costs.

In addition to that, some UTair – Helicopter Services contracts suffered in the past from the inconvenience of airspace being closed to helicopters – for up to a month at a time – as UAV operations rendered the airspace inaccessible.

UTair – Helicopter Services believes the introduction of UAVs will help it not only retain the best balance between price and service quality, but will also bring additional fleet flexibility in its desire to fulfill customer orders.

The company’s UAV division is made up of drone operators and a ground support team. To achieve qualification for the job, operators complete specialist training courses at certified learning centers provided by the manufacturers. In particular, they learn how to pilot drones, they are taught the fundamentals of air space management and how to interact with the State ATM Corporation (the Russian federal agency for air traffic management). They also learn about the management of aerial data acquisition and its processing. These personnel hold university degrees and in most cases are former or active pilots with a good command of current technologies and geodesic engineering. The company’s ground support team is tasked with flight servicing, data processing, customer interaction, as well as communications with UAV suppliers in terms of maintenance services, spare parts procurement, etc.

UTair – Helicopter Services operates both its own UAVs and also some vehicles leased from third parties. The helicopter company refrained from revealing the exact number of UAVs it has in its fleet today, but assured Russian Aviation Insider that it is big enough to satisfy all its contract missions. The current agreements with drone manufacturers suggest that the carrier is provided with a certain degree of UAV redundancy. The air company is fully licenced to use aerial vehicles for commercial purposes and holds an air operator’s certificate.

At the HeliRussia 2017 exhibition, Vyacheslav Plyasukhin, the vice-president for business development at UTair – Helicopter Services, named Russian company Geoscan, a supplier of remotely piloted aerial photography equipment, as the company’s principal partner. The two businesses have signed a cooperation agreement and are consistently combining their efforts in the development and introduction of new technologies to the area.

Thus far, UTair – Helicopter Services has operated drones with a maximum flight time of three to four hours and an MTOW of less than 30 kilos. The company reveals that this category of UAVs is subject to less stringent governmental control in terms of maintenance requirements, flight operations, and operator training. They can carry photo and video cameras, as well as television equipment as payload.

Currently, UTair – Helicopter Services is mainly using its UAVs to provide aerial photography services over linear infrastructure facilities (such as pipelines, power transmission lines, or roads) and construction sites, as well as production facility monitoring, high-resolution 3D-modeling, and similar tasks. Among the operator’s main customers are power-generation and oil-and-gas companies of West Siberia.

The technical maintenance of UAVs is carried out on a scheduled basis by the operator in cooperation with the manufacturers. In order to receive the relevant technical qualifications, the company’s employees undergo relevant training.

From the business and financial perspective, the company hopes to reach the break-even point for its UAV project by the end of 2017, and will then be able to recoup the initial investments it has made in the training of personnel and the purchase of vehicles. Plyasukhin told Russian Aviation Insider that, although the company failed to quickly cover the initial outlay, it is nonetheless expecting to achieve profitability by the end of this year.

As for the long-term plans, the company is looking to extend its UAV fleet even further. In particular, it will acquire vehicles with greater range and with cruise airspeeds of up to 100-120 km/h. At the same time, UTair – Helicopter Services is also interested in the possibility of vertical takeoff and landing UAVs.

Synergy of UAVs and helicopters

The experience of UAV operations has in the meantime convinced UTair – Helicopter Services that the combined use of helicopters and unmanned aerial vehicles for commercial missions brings useful synergies. That is why the company has come up with a strategy to promote this symbiosis of such flying machines as a bundled service.

Whether it is a light helicopter or a UAV, each has its own pros and cons for monitoring missions. For example, a light helicopter can cruise at a speed of 150-300 km/h, while an average UAV cannot go faster than 60-80 km/h. The conventional rotorcraft can perform the same job, but three-to-four-times faster than a UAV. On top of that, it can carry more payload equipment, which can be switched into the onboard electrical system. Moreover, light helicopters can be equipped with onboard aerial photography control systems allowing for the automatic performance of photo shoots and video recording. Finally, where needed, a helicopter can alter the route of its flight and return to any of the waypoints, while UAVs strictly follow a prescribed flight plan.

On the other hand, UAV operations are considerably less expensive than flying any type of helicopter, whilst unmanned vehicles are also able to quickly detect any potential hazards at customer facilities. By contrast, using a passenger helicopter also means that, in the case of an oil spill for example, the operator can promptly deliver an emergency response team to the site.

Another consideration is that having observers onboard a helicopter imposes additional operational risks, thereby increasing insurance costs for customers. When operating a UAV, no such additional expenses are incurred. Finally, drones are less expensive in creating highly credible databases of information acquired.

Plyasukhin points out that exploiting this synergy of the two monitoring methods, and optimizing all their individual pros and cons, guarantees the best results: “Where the airspace becomes restricted, for example, helicopter operators have to change their flight plans and inevitably incur extra expenses, which affects the economics of the whole operation. The operator will then need to incorporate these expenses into the flying costs per hour. When it is one company that operates both rotorcraft and UAVs, there is room for maneuver – an opportunity to proactively dispatch the air space management processes. As a result, the company is able to offer its clients a much less costly service bundle.”

UAV operations will grow like a snowball, Plyasukhin predicts: “To my mind, the most intensive rivalry within the aviation market will be in the software sector. It is interesting, of course, at what speed and at what altitude you cruise. But a much more vital issue is how fast you can process data either onboard or remotely, and how high the resolution of the acquired data might be. This is the [future] task that will require most of our attention.”