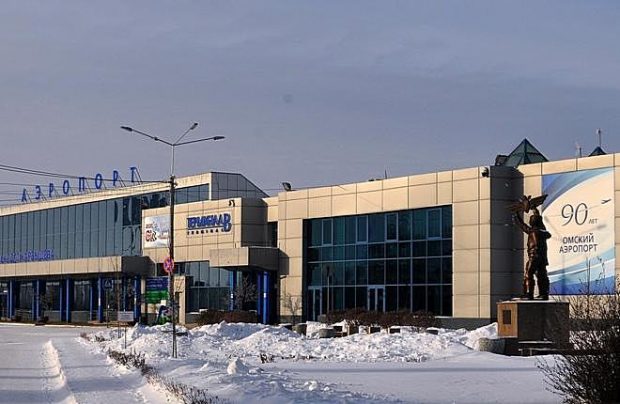 Throughout 2019, traffic growth through Russia’s airports continued on a downward trajectory. The country’s airports collectively handled some 220.9 million passengers, a 6.9 per cent improvement on 2018. The growth rate was a decline from the 10.8 per cent of 2018 and 17 per cent in 2017. The 30 largest airports (see the top-30 ranking list below) were accountable for 88 per cent of Russia’s total air traffic.

At 24 per cent, Omsk airport registered the highest growth rate last year, with its passenger numbers increasing to 1.35 million passengers. The majority of them (1.2 million, up by 27 per cent) travelled domestically, with Moscow, St Petersburg and Novosibirsk the most popular airports.

Vnukovo, Russia’s third biggest airport, was the growth-rate leader among Moscow hubs, having demonstrated a 12 per cent year-on-year improvement. In absolute figures, for the first time in its history, the airport recorded more than 24 million passengers.

Sheremetyevo, Russia’s main gateway, reported a 8.9 per cent increase in passenger numbers, up to 49.9 million last year. The significant advancement of Sheremetyevo’s ground infrastructure achieved in 2019, has now prepared a solid base for more growth this year.

Novosibirsk’s Tolmachevo airport, home to Russia’s largest privately-run S7 Airlines, has processed 6.747 million passengers, a 14.2 per cent improvement on the previous year. Base carrier successfully developed its hub operations from Tolmachevo, offering both west- and eastbound connections that resulted in a 27 per cent increase in transfer traffic through the airport last year.

Yekaterinburg’s Koltsovo is home base to another major private carrier Ural Airlines. In 2019 the airport, which is managed by Airports of Regions, handled 6.363 million passengers, a 4.3 per cent improvement on the 2018 results.

Vladivostok also demonstrated an improvement in its operational results. In 20019 the airport’s traffic exceeded three million passengers for the first time. International traffic grew the fastest, reaching 1.5 million passengers, up by 26 per cent on 2018. Seoul, Daegu (both in South Korea) and Tokyo (Japan) were the most popular.

Makhachkala’s Uitash, the only airport in the Dagestan republic, enjoyed healthy growth too, in advance of the introduction of its new passenger terminal that is scheduled to open this year. The new international terminal building will offer 8,000-sq m of floor area and an hourly capacity rate of 190 passengers.

Zhukovsky, adjacent to Moscow, predictably slowed down from its explosive 173 per cent growth in 2018 to a more normal double-digit 14 per cent improvement last year.

SIX ON THE SLIDE

Platov airport says the decline is natural following on from last year’s exaggerated high base when Rostov was one of the host cities of the FIFA World Cup. The ban on air connections with Georgia also affected traffic through the airport.

A Domodedovo airport spokesperson has told Russian Aviation Insider that the decline in its operational performance is a temporary slip and is also associated with last year’s World Cup business surge. “In late 2018, for reasons not linked to Domodedovo’s service levels, the two airlines of Uzbekistan Airways and Azur Air transferred their operations to other airports,” the spokesperson said. Russia’s second largest airport saw shrinking traffic numbers for the second year in succession. Its 45 airline customers operate 187 routes, of which 43 are unique to Domodedovo. In October last year, the downwards trend reversed, and the airport is expecting that improvement to continue throughout this year, especially now that Kazakhstan’s Air Astana has transferred its operations to Domodedovo under its code-share agreement with S7 Airlines. Meanwhile, Lufthansa Group airlines extended their contract with the airport for the next five-year period and Japan’s All Nippon Airways is launching services to Domodedovo in the coming summer season.

Krasnoyarsk airport attributes its slight decline in operational results to the policies of customer airlines. “When demand for air travel shrinks, airlines reduce their capacities and prefer to stay on the tried and trusted path rather than launch new ones,” the airport explained. In the coming IATA summer schedule, Russia’s national carrier Aeroflot is to start new hub operations from Krasnoyarsk by launching 11 regional direct routes to Sochi, Simferopol, Omsk, Tomsk, Yakutsk, Novosibirsk, Bratsk, Tyumen, Yekaterinburg, Irkutsk, Vladivostok, and one international service to Beijing. With all of these routes previously also operated from Krasnoyarsk by other carriers, the airport is cautious in its traffic forecasts for this year.