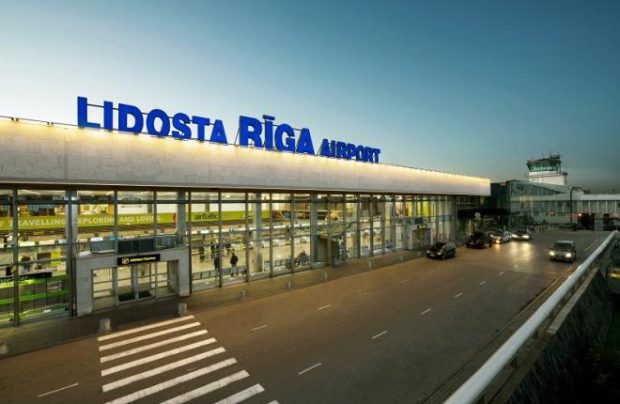 Riga’s record annual total represents almost half of all traffic that passed through airports in the Baltic states in 2017.

According to Ilona Lice, who chairs Riga’s board, all airports in the region served a combined total of 13.7 million travelers last year, with passenger numbers through the capital cities of Lithuania (Vilnius) and Estonia (Tallinn) reaching 3.7 million and 2.64 million respectively.

A 21.3% increase in transit traffic proved pivotal for the Latvian hub last year. Of the 1.8 million passengers who opted to transit through Riga, most continued their journey to Tallinn, Vilnius, Moscow, Helsinki, and St. Petersburg.

The airport’s press officer told Russian Aviation Insider that airBaltic’s successful effort in attracting transit traffic was the main contributor to this improvement. Latvia’s national carrier, which is based at Riga, generated more that 53% of all traffic through the airport last year.

The spokesperson also emphasized that Riga has become a popular hub because passengers benefit from short waiting times between connecting flights. The airport’s modern infrastructure, and its reliable punctuality in terms of aircraft handling, mean that airlines schedule their flight times in a way which cuts waiting times down to 25 minutes. Overall, almost 70 destinations are available from Riga from this winter; the figure will rise to nearly 90 in the summer. The top three most popular destinations are London, Moscow, and Frankfurt.

In Russia, direct routes link Riga with Moscow, St. Petersburg, and Kazan. The total number of passengers on these flights reached 638,000 last year. The share of transit passengers was 27.2% for Moscow, 67.8% for Kazan, and 74.2% for St.Petersburg.

Traffic through the Latvian capital is forecast to reach 6.5 million passengers in 2018. The current carriers have already announced plans to collectively open 12 new routes this summer, but no new airlines are expected to start flying to Riga so far.

An excellent passenger outlook is not the only bright spot for Riga. The volume of cargo processed through the hub increased by 29.2% last year, to 25,000 tons or roughly half of the entire air freight market in the Baltic states.

The surge in cargo volumes is attributed to the launch of scheduled 68-ton-capable Turkish Airlines Airbus 330-200F all-cargo services to Riga, and also to the success of a strategic cooperation between Latvijas Pasts, Latvia’s national mail operator, and the Chinese e-commerce giant Alibaba. This collaboration has paved the way for a new stream of Chinese cargo entering Riga. Latvia’s state-owned mail service is also a recognised logistics channel for delivering goods to countries outside the EU. The airport’s spokesperson says that, with the increase in traffic growth, the landside area of the terminal has now exceeded its capacity limit.

The airside area was expanded in 1974 with the addition of a new terminal, which raised Riga’s annual capacity to 10 million passengers. That project’s landside area, however, was designed for a maximum annual 3.5 million passengers, whereas the airport’s annual traffic now exceeds six million, of which 4.33 million travelers start or end their journey in Riga. Work to expand the passenger terminal has already kicked off. The airport has announced a €45 million international design and construction tender, and potential bids are currently being assessed. There are five bidders, including UK-based Zaha Hadid Architects and Nordic – Office of Architecture, which operates out of Oslo.

Construction is scheduled to launch in 2019 and continue until 2022. The new terminal space will house capacious and modern check-in and security areas, with new opportunities for shopping and dining. It will also feature a large baggage claim area and modern facilities for baggage processing.

Riga airport is also part of Rail Baltica, an exciting large-scale Latvian project, which aims to connect the Baltic states with the railroads of eastern and western Europe. A proposed railway station at the airport would interface with the new passenger terminal complex, providing a fast connection to downtown Riga.

A memorandum of cooperation between Eiropas Dzelzcela Linijas, the rail project contractor, the project manager Rail Baltica, and Riga International Airport is targeting the integration of the railroad with the new airport infrastructure by 2023.