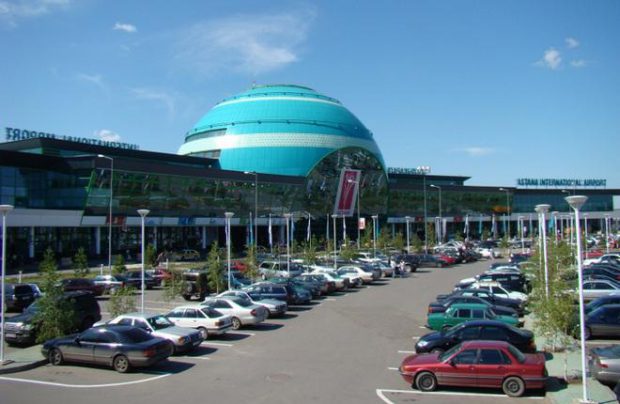 Kazakhstan is to adopt a permanent free-market “open skies” air transport policy at the airport serving its capital city of Astana from May of this year, timed to begin just prior to the Expo 2017 event being held there from June, the gateway’s official representative has told Russian Aviation Insider.

This bold decision of the Kazakh government illustrates how the country has completely reversed its policy on international air transport services. Until now it has focused on supporting national airlines insisting, at least, on like-for-like parity.

After his visit to China, Zhenis Kasymbek, the Kazakh minister of investments and development, announced that Air China plans to start regular flights between Beijing and Astana in June 2017. Currently, services between the two capitals are performed by Air Astana and China Southern Airlines, with the former flying directly and the latter transiting through Urumqi. “We have a general agreement that will increase these frequencies between Kazakhstan and China,” Kasymbek revealed in an interview with Kazinform news agency.

Finnish flag carrier Finnair is also expected to launch flights to Astana this year, Beken Seidakhmetov, the head of Kazakhstan’s Civil Aviation Committee, has revealed. All relevant bureaucratic procedures have already been completed, it is believed.

As previously reported citing Berik Kamaliev, deputy minister of investments and development, Czech Airlines and Austrian Airlines, both of which used to operate to Astana, have elected to return to the main Kazakh airport. Negotiations are also underway with undisclosed Polish and Hungarian airlines and, in another development, the Kazakh aviation authorities are looking into increasing the Astana frequencies for UAE-based Etihad and Air Arabia, and for aforementioned China Southern.

The new aviation policy means that Astana’s airport has high hopes for all newcomers and returning airlines to continue flying to the Kazakh capital well after the June-September exhibition is over. So far, only Finnair has not given guarantees that it will stay in Astana for longer, airport officials have told Russian Aviation Insider.

Official statistics collated by the country’s Civil Aviation Committee indicate that Kazakhstan already has air service agreements with as many as 24 countries, with Astana offering flights to 25 international destinations.

The route network is likely to expand for local airlines too. In particular, SCAT has already announced a string of new flights: Astana-Mineralnye Vody, Astana-Yerevan, and Astana-Zhukovsky are available on its flight schedule. Air Astana is planning to launch services to Delhi and Ulaanbaatar from the capital shortly, and the country is to restore flights to Kyiv, Ukraine. New flights to the Chinese cities of Chengdu, Xian, Guangzhou, and Shanghai may be launched in the near future, and flights to Tel Aviv are also under consideration.

At the same time, Air Astana is planning to ramp up frequencies from its base airport to London (from the current three to five weekly services), as well as to Seoul, Beijing, Urumqi, St. Petersburg, and Novosibirsk.

Critical to all these developments is the construction of a new passenger terminal at Astana, timed to coincide with Expo 2017. However, even though the project’s original completion date of March 1, 2017 has been pushed back to late May or early June, it will still be in time to be showcased at the exhibition, which is scheduled for June 10 through September 10, 2017.

Astana airport, currently capable of servicing up to three million passengers a year, is operating at its maximum capacity. The new terminal project, which will give the gateway an annual capacity boost to some 8 million passengers, was agreed in 2015, when the national government allocated 29 billion tenges (US$90 million) for it. In 2016, the scheme received an additional 10 billion tenges from the National Welfare Fund.

“We are all looking forward to the opening of the new terminal at Astana. I have already had an opportunity to get inside and inspect it and I can assure you this will be a breakthrough in civil air transport services for Kazakhstan,” Air Astana president and CEO Peter Foster told Russian Aviation Insider.