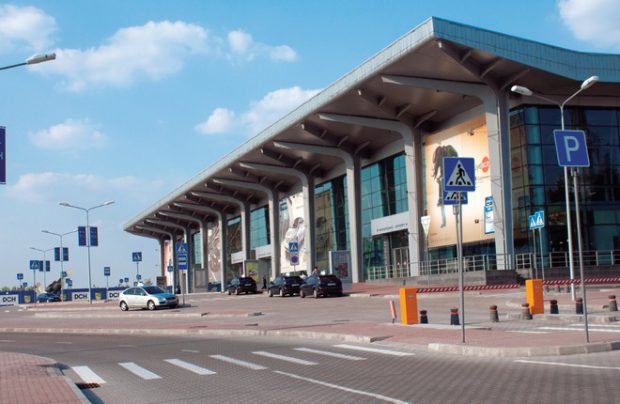 In the run-up to the UEFA Euro 2012 Championship, co-hosted by Ukraine and Poland, the Ukrainian government and private businesses invested tens of millions of dollars in Kharkiv airport’s infrastructure. A new terminal was built, as was an additional runway, turning the eastern Ukrainian city’s air gateway into one of the country’s most advanced airports. And there’s more: after the 2014 cessation of flights on Kharkiv’s most popular route to Moscow the airport found it in itself to refocus. This year the facility is expecting to break the 2013 passenger traffic record.

The modern history of Kharkiv International Airport dates back to 2008. It was when the city administration and New Systems AM (part of Ukrainian businessman Oleksandr Yaroslavsky’s Development Construction Holding) singed a 49-year lease contract for an integrated property system comprised of several land lots, the airport’s old passenger terminal, its old hangar, and more. Under an agreement with the national government, New Systems AM was to become the airport’s managing company for the duration of the lease period.

This de-facto privatization was a lesser-evil solution. The public-private partnership format helped the city upgrade the airport and earn the right to host Euro 2012 soccer matches.

The government contributed with around $190 million, which was spent on renovating the apron, building a new runway and taxiways, and installing additional airfield lighting.

In 2009, when New Systems AM took over as the airport’s managing company, passenger traffic in Kharkiv stood at 196,000. In 2012, when the city was co-hosting Euro 2012 and also thanks to the overall growth in personal disposable incomes in the country, the figure reached half a million, followed by the record-breaking 605,000 passengers in 2013. The noticeable fluctuation in passenger traffic can be attributed to several factors, experts say. Prior to 2014, Moscow was the most popular destination from Kharkiv with three daily frequencies (two by Aeroflot and one by UTair Aviation). Kyiv’s Boryspil ranked second with one or two flights per day (a total of 10 weekly frequencies) operated by the national flag carrier Ukrainian International Airlines (UIA). On top of that, UTair-Ukraine served Kyiv’s Zhulyany from Kharkiv on a daily basis.

In 2013, Hungarian LCC Wizz Air established an operation in Ukraine and launched flights to Warsaw and Georgia’s Kutaisi from Kharkiv. At that time there were also daily flights from the airport to Vienna by Austrian Airlines, and to Istanbul by Pegasus Airlines.

It all changed in 2014, when the Ukrainian State Aviation Administration banned flights between Kharkiv and Moscow. The airport thus lost three daily frequencies. Also, in the aftermath of the Malaysia Airlines Flight 17 shoot-down over Eastern Ukraine the UAE authorities banned the country’s operators from Dnipropetrovsk FIR, which covers the airports of Kharkiv, Dnipro, and Zaporizhzhya.

“The ban has not been lifted yet,” Ilyin says. “In February 2016 we joined a Ukrainian State Aviation Administration delegation on a visit to the UAE aviation authority. The UAE colleagues demonstrated their readiness to continue with the dialogue, but no significant changes have been achieved since.

Wizz Air Ukraine ceased operations in 2014, leaving its Hungarian parent company to pick up some of the routes (none of them from Kharkiv).

As if this were not enough, UTair-Ukraine stopped scheduled services in spring 2014. Some of its flights from Kharkiv to the Caucasus went to Dniproavia, which continued operating to Tbilisi, Baku, and Yerevan until August 2014, when Russia and Ukraine closed their airspace to each other’s airlines.

Dnepravia found itself having to skirt Russia, which increased flight times by 50% and ran up operating costs. As the carrier was using relatively small Embraer 145s, air fare prices grew to be way too expensive. Demand plummeted, causing the operator to terminate the services. Kkharkiv’s Caucasus routes thus suffered the most from the suspension of services between Ukraine and Russia.

A large portion of passenger traffic to China, Vietnam, and the US that would be previously carried by Aeroflot via Moscow switched to Turkish Airlines in March 2017. The carrier now serves Kharkiv from Istanbul thrice daily, up from the original single-daily service. Pegasus Airlines and Atlasjet Ukraine (operating under the Atlasglobal brand) also fly between Kkharkiv and Istanbul.

In 2015, UIA substituted Wizz Air Ukraine on the Kharkiv – Kutaisi route. The carrier performs two weekly frequencies, and uses more roomy aircraft than Dniproavia did. Seeing as the flight path skirts both Russia and the area of combat operations in Ukraine’s Donetsk Region, the flight lasts an extra 40 minutes each way. It would take Wizz Air Ukraine 1 hour 50 minutes to fly to Kutaisi from Kharkiv. The additional time in the air translates to a 30-40% increase in operating costs.

The airport and UIA are in talks over resuming flights to Baku, Ilyin told Russian Aviation Insider, adding that the destination is very popular with Ukrainian travelers.

The introduction of UIA flights to Tel Aviv has also contributed to the traffic growth at Kharkiv. Ukraine’s largest airline used to fly to Israel twice per week; now it operates four weekly flights and may yet add another frequency soon.

Poland’s LOT replaced Wizz Air Ukraine on the Kharkiv – Warsaw route in early 2016. The airline performed five flights per week initially; now it does nine. The airport hopes the Polish carrier to bring the figureup to 12-14 next year.

The growing demand for flights to Poland is attributed to several reasons. “First of all, before the EU waived visas for Ukrainian citizens [earlier this year], the Polish consulate in Kharkiv had been known to be more willing to issue Schengen visas than other EU countries’ diplomatic missions in the city,” Ilyin explains. “It issued a total of 125,000 visas in 2016 alone.

“Second, the growing popularity of flights to Warsaw can be explained by convenient layovers at that city’s airport. Approximately 60% of LOT’s passengers from Kharkiv transfer via Warsaw to such destinations as New York, Chicago, Toronto, Seoul, and Tokyo.”

So far, Warsaw remains the westernmost destination a passenger can reach on a scheduled all-year-round flight from Kharkiv. Seasonally, there are also options to fly to Montenegro, Greece, and other European countries beyond the CIS.

“UIA does not perform flights to Europe from Kharkiv because Boryspil remains its priority, and is the main hub for its operations,” Ilyin adds. “The airline considered a Kharkiv – Warsaw service but dismissed the plan after LOT launched its own.”

As a result, the most heated competition for transit passengers from Kharkiv is now among LOT, UIA, and Turkish Airlines. Belavia, Pegasus Airlines, and Atlasjet Ukraine are also interested in this traffic. This rivalry is shaping the popularity of various destinations from Kharkiv.

The greatest passenger traffic is on direct flights to Kyiv, Istanbul, Warsaw, and Antalya. The first three offer a broad range of connections, while Antalya is a highly popular vacation destination.

“The seat occupancy of UIA’s flights to Kyiv is rather high; in summer the carrier operates Boeing 737-800s and demonstrates a load factor of 80%,” Ilyin notes. The airport is negotiating with Wizz Air, Lufthansa, airBaltic, Eurowings, and other carriers over new routes from Kharkiv, he says.

As for charter tourist flights from the airport, the key tour operators mostly opt for Turkey and Egypt. Last year’s seasonal charter traffic was higher than that in the pre-crisis 2013. Despite certain economic issues, tourists from Kharkiv travel a lot, Ilyin adds.

There used to be a Kyiv-based carrier known as Kharkiv Airlines. “Its air operator’s certificate has been suspended,” Ilyin points out. “It may yet resume operations. The airline is owned by Turkish businessmen, who aim to build a travel business in Turkey and some of the CIS countries. We are currently unaware of any airline’s plans to make Kharkiv its base airport. More likely, some major operators will be forward-basing their aircraft here for connection flights.”