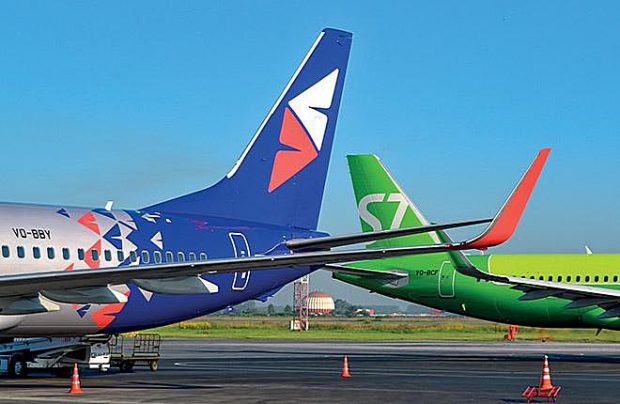 Last year only 6.4 per cent of the combined total number of passengers carried by all of country’s airlines travelled aboard Russian-made aircraft (Alexander Listopad)

Data used in the review is from Russian aviation agency Rosaviatsiya’s database of Air Operator’s Certificates (AOCs) as of July 31, 2019, combined with other information gathered from sources such as individual airline websites, as well as aviation tracking sites. It shows that 43 Russian airlines operate a total of 985 aircraft and these airlines are accountable for nearly 100 per cent of the total number of passengers served by Russia’s air transport industry. The annual capacity of these airlines exceeds 150,000 seats and, notably, 93.6 per cent of this combined capacity is represented by the country’s 20 largest airlines that collectively operate 807 aircraft and were accountable for 96 per cent of the passengers carried in the first half of this year.

According to ATO.ru’s estimates, the share of Russian- (and Soviet-) made aircraft has declined by 2.4 per cent since 2015 and now stands at 21.5 per cent or 212 aircraft operated by Russian airlines. Their share in the total seat capacity is twice less, at 10.4 per cent or 15,500 seats. According to Russia’s Transport Clearing House, last year only 6.4 per cent of the total traffic, or 7.4 million passengers (out of 116.1 million of the combined total number of passengers carried by all of Russia’s airlines) travelled aboard Russian-made aircraft, including helicopters.

Only 7.4 million passengers out of total of 116.1 million carried by all of Russia’s airlines last year travelled aboard Russian-made aircraft

European and US planemakers Airbus and Boeing provide 81.6 per cent of the seat capacity for Russian carriers. Although Airbus marginally outperforms Boeing in terms of aircraft numbers – 323 versus 311 respectively – on average the seat capacity of Boeing’s jets is 14 per cent higher than that of its European competitor, with more US-made wide-body long-haul aircraft in their fleets such as the Boeing 777 (46 in fleet), the B767 (22) and the B747 (nine), totalling 77 airliners. In this segment, Airbus is represented by 31 A330s.

In general, the research shows that the wide-body fleet operated in Russia has declined by 17 per cent since 2015. In the mid-haul segment, the Airbus A320/A320neo remains the most popular aircraft family and contributes 292 aircraft. The fleet size of this type has grown by 17 per cent since 2015 and are closely followed by the Boeing 737CL/NG, with 219 aircraft, up seven per cent on 2015.

In the regional segment, the Superjet 100 (SSJ100), currently modern Russia’s only in-service series-built civil aircraft, leads with 86 jets operated and, in terms of numbers, accounts for nine per cent of the entire regional fleet in Russia. However, the share of the SSJ100’s capacity total of 8,400 seats does not exceed six per cent. Since 2015 the number of modern Russian-made regional aircraft increased by 2.2 times though.

The signs are that the share of western-built aircraft in Russian airlines’ fleets will continue to grow, especially because of an extension of the zero-rated VAT regime for the import of foreign-made aircraft to Russia until January 2023, a decision which will continue to attract foreign-made airliners into the Russian fleet. Currently it is known that five Russian airlines are expecting deliveries of a total of 76 Boeing 737MAXs which are un-cancelled orders following the March 2019 worldwide grounding of the type.

Sadly for the sustainability of Russia’s long-term air transport vision, the introduction of the nation’s next Russian-made aircraft offers no immediate relief. The first delivery of the Russian industry’s big hope, the advanced MC-21 mid-haul airliner, has been postponed several times and is now not even expected before the next decade. Deliveries of the other Russian-made jet, the Superjet 100, slowed down to just three units in the first half of this year and, as a result, their manufacturer, Sukhoi Civil Aircraft (SCAC), is sufferring a deterioration of its financial status because of a shrinking order-book. According to its United Aircraft Corporation parent, the average annual demand for regional aircraft in Russia in the next two decades will be 10 units per annum.