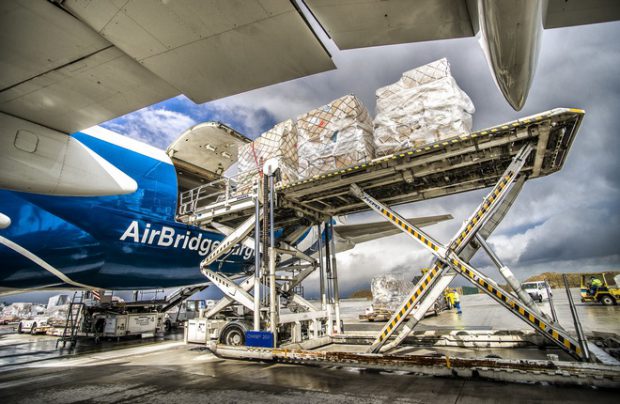 According to international airline association IATA’s latest Cargo Strategy document, the global pharmaceuticals market will reach $1.12 trillion by 2022. A large portion of this will come in the form of air transportation of temperature-sensitive medical and life-sciences products. IATA reports that last year, $12 billion was spent worldwide on such thermo-sensitive cargo logistics, and estimates that by 2020 the figure will rise to $16.7 billion.

Since 2016, Russian specialist freight carrier AirBridgeCargo (ABC), a member of Volga-Dnepr Group, has focused on this special cargo segment since 2016, with the transportation of pharma products now becoming one of its key areas of activity.

In November last year it become the first airline in Russia and the seventh in the world to be awarded IATA’s Center of Excellence for Validators in Pharmaceutical Logistics (CEIV Pharma) certification for the global transportation of pharma products, including the operator’s own route network via its cargo hub at Moscow’s Sheremetyevo.

In most cases, the transportation of pharma products requires temperature-controlled conditions. Pharma companies strictly monitor them to be sure that their medications, vaccines, and serums, for example, are not spoiled in transit before reaching the end customer.

The Russian carrier opted to embrace the pharma segment because it is confident in its ability to maintain the integrity of temperature-sensitive supply chains, AirBridgeCargo’s global sales director, Andrey Andreev, tells Russian Aviation Insider.

Providing high-quality transportation services for such types of sensitive cargoes was the key to ABC’s decision to focus on the sector. Shipping goods via a northern-climate country like Russia demands specific skills and equipment to avoid the risk that products will perish should they become inadvertently exposed to unfavorable temperatures.

For its pharma shipment missions AirBridgeCargo utilises the freighter versions of the Boeing 747-8s and 747-400s. These aircraft have three individual cargo compartments, each with a temperature control feature, and which are able to maintain different ambient settings within a temperature range of +4°С to +29°С. Pharma shipment missions include everything from vaccines, laboratory and MRT equipment to blood samples (AirBridgeCargo)

The human factor also plays a vital role in the pharma transportation business, especially on the ground during delivery of the cargo from aircraft to warehouse, Andreev points out. The company has designed and introduced an online temperature tracking system that monitors the transportation status of items at any stage of their journey.

Customers can use the e-service to watch real-time temperature indications for their cargoes. In cooperation with Boeing, the operator also launched a separate dispatcher-to-aircraft reporting system which makes it possible to “communicate” with the aircraft during the flight. The system uses pallet sensors as well as wi-fi hotspots to track the actual condition of the cargo while on its way to/from the warehouse.

The 24/7 online cargo tracking capability allows the carrier to promptly respond to any temperature deviations and make appropriate and timely correctional decisions together with the customer. In this way, AirBridgeCargo is showing that it is eager and ready to provide maximum transparency of its logistics – a development which in turn has enhanced the company’s credibility on the marketplace.

Currently the temperature monitoring system is in operation at the main airports of ABC’s route network: Frankfurt, Moscow (Sheremetyevo), Shanghai, Chicago, and Seattle. Remarkably, in a further step, AirBridgeCargo is in the process of creating a so-called “pharma hub” at its Sheremetyevo base, at which the overall floor space of the rented storage premises is 20,000 square meters, 3,500 of which are special pharma-storage areas offering constant temperature control of between -30°С and +10°С.

AirBridgeCargo provides pharma shipment services to any destination along its route network, which today includes some 40 cities inside Russia and in the CIS, as well as in Asia, the US and Europe, with the latter two regions clearly the main markets.

This reflects the location of customers because the key manufacturers of pharmaceutical products (and main exporters of medications) are located in the leading European and US economies.

ABC is also looking to reap the benefits of an anticipated increase in Europe-to-Asia transit flows via Sheremetyevo. Andreev says that compared to a 0.2-0.4% growth of the Europe-to-America market, the Europe-to-Asia market is now enjoying an annual improvement of 10%.

If this trend continues, the Asian pharma market will surpass that of the Transatlantic in five to 10 years’ time. “The key players on the global medication market, like Roche, Novartis and Pfizer, now envisage Asia as their main consumer,” the carrier’s top manager notes.

The Boeing 747 freighter, with its hinged nose door, is a perfect transport solution for the operator (AirBridgeCargo)

On the whole, Andreev observes that the pharma market is a stable one and unaffected by dramatic market fluctuations and that, because shipments require special treatment, they generate a higher-than-average market yield than general cargoes: between 20% and 50% more.

This is an attractive business model in that it enables the company to guarantee a stable financial performance and more accurately predict load factors and future revenues.

In 2016, when AirBridgeCargo delivered some 10,000 tons of medications, this sector comprised just 2% of the company’s overall cargo traffic. This year the carrier expects special cargo carriage, including pharma shipments, to increase to up to 20% of its overall tonnage.

Surprisingly, it is passenger airlines which offer the biggest competition to ABC in this market. The company regards passenger carriers as its main rivals, for it is often the case that pharma producers choose them for their shipping services.

“A rather high passenger traffic flow between the United States and Europe, which gets even higher in summer during the holiday season, is a perfect opportunity for pharma companies to access cheap capacities of baggage hold compartments inside passenger jets,” Andreev explains. “And since most of the passenger flights are direct, these airlines can offer transport capacities from any point in Europe to any destination in America. That is why these companies are able to create a great deal of competition for us.”

Nevertheless, ABC is planning to develop its market niche by offering not only a high-quality and reliable product but also the benefits of its new online monitoring system, and the fact that it is a dedicated air cargo specialist which is not dependent on passenger flight times or destinations.

It is even possible that, in the future, AirBridgeCargo will consider launching a separate route network for pharma medical equipment shipments, especially when average aircraft load factors exceed 30-50%. Or, how about a new, dedicated pharma airline? For now, that is just a cool idea, albeit a rather ambitious one.