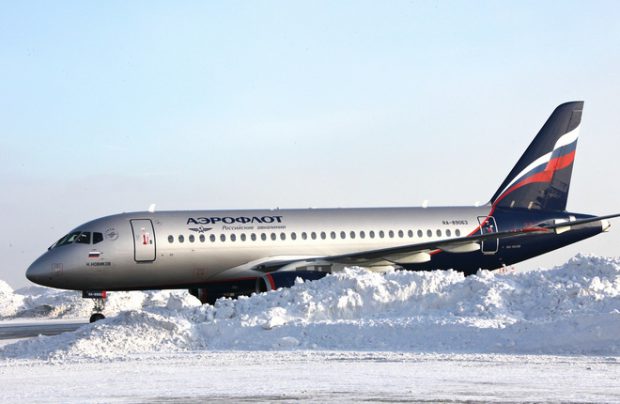 In its latest five-year strategy for the period up to 2023, Aeroflot, Russia’s dominant airline group, is planning to double its passenger numbers by focusing on south-east Asia-Europe transfer traffic, a project which includes the addition of a second international hub and regional bases – driven by the development of its low-cost carrier (LCC) and a focus on premium products. Another promise is the wider use of locally produced aircraft.

Dubbed ‘100 by 100’ – in reference to its targeted handling of 100 million passengers by its 100th anniversary – the ambitious strategy was approved by Aeroflot’s board of directors on November 1st, a few days after first being presented to Russian president Vladimir Putin.

Aeroflot says the need for the new programme has come about because two main goals of its previous ‘Strategy 2025’ have been achieved ahead of schedule: in 2017, four carriers of the group – Aeroflot, Rossiya Airlines, Pobeda and Aurora – collectively carried 50.1 million passengers, thus lifting Aeroflot into the echelon of Europe’s top-five legacy airline groups and into the world’s 20 largest airline groups by passenger numbers.

Experts note that another possible reason for adopting the new plan is the drastically changed geopolitical environment – a development that could hardly be ignored by the airline – and one that is controlled by the government of the country under sanctions.

Aeroflot Group’s new strategy is clearly one designed to achieve growth and sets five specific goals, with the group now targeting 90-100 million passengers in 2023 when Aeroflot celebrates its centenary, up from this year’s estimated 56 million. The group says “all of its airlines will work towards achieving the new targets”, whilst recognising that only two of its commercially viable businesses – the flagship ‘four-star’ Aeroflot airline and low-cost carrier (LCC) Pobeda Airlines – will be the main growth drivers.

Aeroflot, the national carrier, is planning to carry 52 million passengers annually by 2023 (a 69 per cent increase over the projected 36 million of this year) and will remain the group’s biggest contributor to the increase. A reasonable target of eight per cent annual growth has been chosen because “we shouldn’t overload Aeroflot, and because we are staying in the premium segment,” Vitaly Saveliev, the head of the group stated at his meeting with president Putin.

It is Pobeda, Russia’s only LCC, which is set to deliver the biggest boost – a breath-taking 428 per cent improvement over next five years, the equivalent of a 34 per cent annual growth rate. By 2023, the budget airline that caters for cost-conscious passengers, is expected to carry some 25-30 million annually, compared to the estimated seven million for 2018.

Aurora, the group’s small regional airline that operates in Russia’s Far East and is co-owned by the regional authorities, is expected to double its traffic from the current 1.6 million passengers to 3.2 million by 2023.

At the same time, Rossiya Airlines, the group’s mid-market carrier, will remain more ‘socially-oriented’ as it aims at increased social mobility on routes between the European and far eastern parts of Russia. Rossiya, with its competitive advantage limited by an ageing wide-body fleet inherited from the failed Transaero Airlines, will also perform leisure flights. Rossiya’s estimated 2023 traffic will be around 14.8 million passengers, compared to 11 million this year.

A market forecast compiled by a committee of industry experts contracted by Aeroflot, predicts that Russia’s average annual passenger growth will be 6.4 per cent, resulting in Russian airlines collectively carrying 157.5 million passengers in 2023 (up from the estimated 115.5 million of 2018). Given Aeroflot’s target of 100 million, this means the group’s ambition is for a 63 per cent share of the market, up from last year’s 47 per cent.

The second goal of the new strategy is to triple international transit traffic from five million passengers in 2017 to 10-15 million in 2023. Russia’s national carrier is banking on the immense potential of the expanding air travel market between Asia and Europe, with China its most dynamic growth region. Aeroflot claims to have “indisputable competitive advantages in the Europe-Asia transit segment”, since it “offers flights up to three hours shorter than its peers on these routes [via Moscow], and has the lowest costs; it is also the number one carrier on a string of routes from major European cities to destinations in China”. In addition to its home base at Moscow Sheremetyevo, where as much as 85 per cent of all Aeroflot’s operations are currently concentrated, Krasnoyarsk’s Yemelyanovo airport (KJA) has been selected as a second hub serving international destinations. Its geographical location particularly favours the plan to generate additional transit traffic flows from Asia to Europe.

The third goal is to set up new regional bases across Russia by 2023. In addition to the international hub at Krasnoyarsk, the group aims to create three regional bases at Sochi, Yekaterinburg and Novosibirsk. By doing so, the group aims to almost triple its regional traffic from seven million passengers in 2017 to 19 million in 2023. This move follows on from president Vladimir Putin’s call to expand the network of scheduled Russian inter-regional passenger routes, so that 50 per cent of total scheduled domestic flights bypass Moscow by 2024.

The fourth goal is to increase the share of modern Russian-built aircraft in the group’s fleet from the current 14 per cent to some 30 per cent in 2023. Taking into account all contracts – including those already completed (Aeroflot took delivery of its 50th Superjet in September) and those recently signed (100 SSJ100 regional jets and 50 MC-21 advanced medium-haul airliners) – the group expects to operate a total of 200 locally produced aircraft by 2026. To achieve its passenger traffic target, the group says it will have to operate a total of approximately 520 aircraft.

The fifth goal is to increase the levels of digitalisation across Aeroflot group in order to maximise operational efficiency. No further details have been given about this other than a declaration that “the group will continue to adopt cutting-edge technologies, including artificial intelligence”.

Overall, these latest plans will allow Aeroflot Group to reach new levels of operational efficiency and achieve strong financial results and the five-year strategy is expected to bring the group’s total revenue to 1.3 trillion roubles (US$20 billion) in 2023.