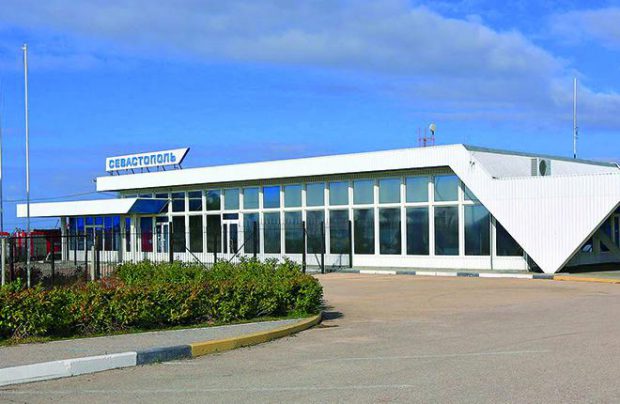 A new civil airport in the peninsula of Crimea has moved a step closer with the prospect of a combination of private and federal investment funds to develop the civilian part of Belbek Airport near Sevastopol on the Black Sea.

A Memorandum of Understanding (MoU) between the government of Sevastopol and the Integral Engineering Company, signed in November, reveals that, in the first stage, the airport project will require an initial investment of 1.5 billion rubles ($25 million). According to the agreement, the city has committed to two billion rubles of federal funding, 1.7 billion of which will go on flatwork and the remainder on air navigation equipment.

Belbek is now a Russian military air base situated 50 km south-west of Simferopol, which – with its 3007×48-meter runway – is currently Crimea’s only commercial airport. Belbek, on the other hand, is home to a fighter wing of the Russian Aerospace Forces and services special-mission aviation of the Russian Ministry of Emergency Situations, and although civil aircraft operations also existed there in the 1990s and had been performed with varying intensity until the early 2010s. It now seems that the newly-signed MoU is the key to opening the door to federal financing for an enlarged commercial facility at the Sevastopol airport.

Vadim Bazykin, general director of Sevastopol Airport’s operating company, has revealed to Russian Aviation Insider that the Belbek civilian project will consist of two stages. “A new temporary terminal with nominal annual capacity of 300-400 thousand passengers will be built by the next year, while a fully-fledged terminal will appear in two and a half years at the earliest,” he explains. Experts from Lenaeroproekt and Lufthansa Consulting have already rated the Sevastopol airport development project as commercially viable.

A second commercial airport is seen as an important development for Crimea. In the days of the Soviet Union the role of the region’s second largest gateway was played by Kerch Airport (located some 200 km away from Simferopol), which used to service a range of destinations including Moscow, Kyiv and Krasnodar. But it ceased operations in the 2000s and two inoperative An-24s (owned by Ukraina-Aeroalians and Global Georgian Airways) sit on the apron today as the only reminders of the airport’s former glory.

Administratively, since spring of 2014 when the peninsula was annexed by Russia, the region has consisted of the Republic of Crimea and the federal city of Sevastopol, with Belbek airfield part of the latter. The Russian government is now investing heavily in infrastructure development in the country’s new regions, with the Kerch Strait Bridge and Simferopol Airport among the notable priorities.

The administrations of Crimea and Simferopol Airport, however, have in the recent past opposed the idea of creating a modern civil air cluster at Belbek. Dmitry Ovsyannikov, the acting governor of Sevastopol, turned down their proposal to grant Belbek the status of Simferopol Airport’s subsidiary, with a proposed terminal for government flights only.

“Businesswise, we need one major hub. It is easier that way to both keep tabs on passengers and offer services to them”, Sevastopol Airport’s Bazykin admits. “But there is also political thinking. It is first of all about transport security – and secondly, Sevastopol has become a city with federal status. Since 2014, its population has grown by more than 60% to 650,000 people, and the demographic forecast is positive,” he adds.

Simferopol and Sevastopol have a regular bus connection (several buses depart every hour), and commuter rail services of the Crimean Railways offer four trains per day (the trip takes about two hours). Good transport links between the two cities has been an inhibiting factor for the development of the civilian airport at Sevastopol.

The head of Sevastopol Airport enthusiastically notes that Belbek is less than one kilometer away from the popular Black sea shoreline. “Thus we are looking into development of the whole other cluster. Upon arrival, passengers will be able to take comfy sea tours to Feodosiya or Yevpatoria. Sevastopol alone is a magnetic place offering its tourists some rather attractive sightseeing options,” Bazykin concludes.