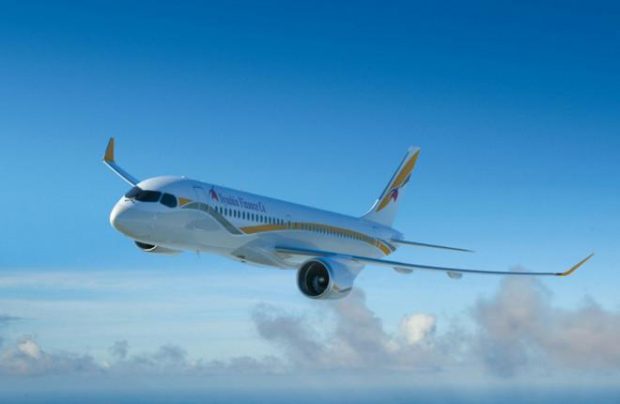 The leasing company, which remains the only Russian customer for the CSeries, has reduced its firm order from 32 to 20 aircraft shortly before entry into service (Photo by Bombardier)

Moscow-based leasing company Ilyushin Finance Co (IFC) has restructured its agreement with Bombardier regarding the purchase of CS300 aircraft, according to a statement by the OEM. The initial firm order for 32 aircraft of the type and an option for 10 more, has been reduced to a firm order for 20 CS300s, plus one Q400 turboprop. An option for five Q400s has been added to the deal.

An IFC spokesperson commented to the Russian Aviation Insider, emphasizing that the deal was not reduced, but “modified” in order to align it with the lessor’s “current market needs.”

The initial contract for 32 CS300s was signed in 2013. IFC remains Russia’s only customer for the CSeries family, which also includes the less spacious SC100. Last year there were speculations that IFC may withdraw from the deal. Although the company did not directly confirm such intentions, it admitted that its participation in the program may be revised. IFC claimed that delays of the program’s entry into service, and Canada’s refusal to offer export financing to Russian carriers under the current economic sanctions affected its business.

The 160-seat CS300 received Canadian type certificate in July this year. Its launch customer is Latvian airline airBaltic. The aircraft is expected to enter service before the year-end.