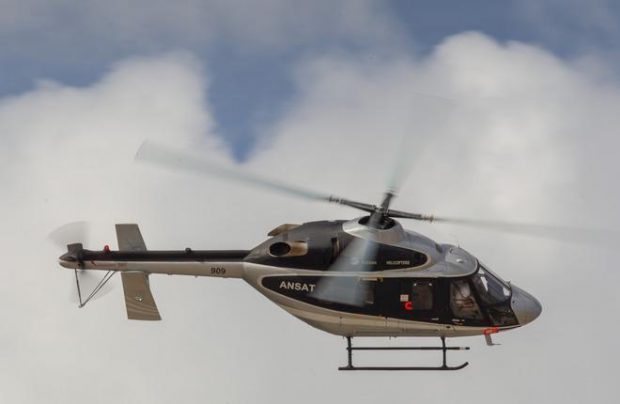 The Russian lessor will use the extra $74 million to buy medevac rotorcraft for regional air ambulance services (Leonid Faerberg / Transport-Photo.com)

Russian lessor GTLK (State Transport Leasing Comany) will be allocated an additional 4.3 billion rubles ($74 million) from the federal budget in 2017. The funds will be used for co-financing the purchase of 31 helicopters, a mix of Kazan Helicopters Ansat and Mil Mi-8 types, as part of the program to develop medical evacuation (medevac) services across Russia.

Deliveries are scheduled to begin this year, and should continue through 2018, reads a statement on the Russian government’s website.

To receive the sum, GTLK will make a secondary offering, which will then be purchased by the Transport Ministry. Additionally, 5.784 billion rubles will be raised from extra-budgetary sources.

GTLK has yet to sign the relevant purchase contract with Russian Helicopters.

A similar transaction was performed last year, when GTLK received 3.8 billion rubles from the Russian budget toward the purchase of 23 Mi-8AMT/MTV-1 and six Ansat rotorcraft. The first aircraft of this batch have been delivered to a number of operators, including Vyatka Avia, Russian Helicopter Systems, Polar Airlines, Yeltsovka, Angara, Aeroservice, and Naryan-Mar United Aviation Squadron. Several more customers, including Komiaviatrans, Orenburzhye, UTair Aviation, and SKOL Airlines, expect their helicopters to be delivered by November this year.

The idea to subsidize the lessor in 2017 had been originally proposed by Denis Manturov, the minister of industry and trade.

GTLK told Russian Aviation Insider that it had received applications for over 200 helicopters from 40 operators.

Under the letter of intent signed between GTLK and Russian Helicopters at this year’s HeliRussia exhibition, the manufacturer undertakes to deliver up to 200 airframes between 2018 and 2020. The contract signed at the MAKS 2017 calls for 30 medevac helicopters (12 Mi-8AMTs, six Mi-8MTV-1s, and 12 Ansats) to enter service next year.

GTLK’s capital has been topped up from the federal budget several times in the past. The largest such allocation, to the tune of 30 billion rubles, was made in 2016. It assisted the lessor with purchasing 32 Sukhoi Superjet 100 (SSJ100) regional jetliners. Later on the company received an extra 5 billion rubles from the state for the purchase of four SSJ100s and five Let L-410 turboprops.