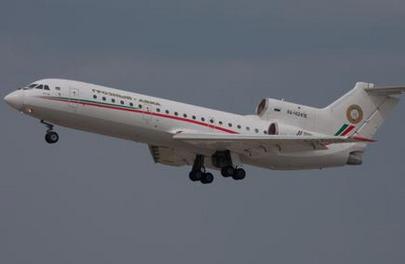 Grozny Avia airline (owned by the Chechen government) is considering purchasing three Sukhoi Superjet 100s. The final decision will be made before year-end, the carrier’s CCO Sergey Petrov told Russian Aviation Insider at the Wings of Russia conference, held in Mosow this week. The two-class configured aircraft are expected to be based in Grozny.

“One of the reasons for refreshing our fleet is growing competition on Grozny – Moscow line,” Petrov said. “The situation must be finally clarified before year-end. It is of principal importance for us that the leasing payments be in rubles and be fixed”.

The only carrier for the region of North Caucasus, Grozny Avia operates eight Yakovlev YaK-42s, three of which are rented. “We’ll continue operating these aircraft throughout 2016–2017, but gradually we’ll put them out of service, as we receive the new-generation Russian aircraft,” the executive said.

When Grozny Avia was the only carrier flying from Chechen capital to Moscow (Vnukovo), its load factor was around 85%. However, when Red Wings opened the same destination from Domodedovo, the load factor decreased to 70-75%, and the average fare – to RUR 4500 from RUR 7500.

“From October 25 UTair is launching the same route on a Boeing 737-500. It will take off from Vnukovo two hours before our flight. They announced the same fare on the route, but it is clearly loss-making, even if they load the aircraft by 100%,” Petrov noted.

In 2014 Grozny – Moscow route generated round 60% of the Caucasian carrier’s traffic.