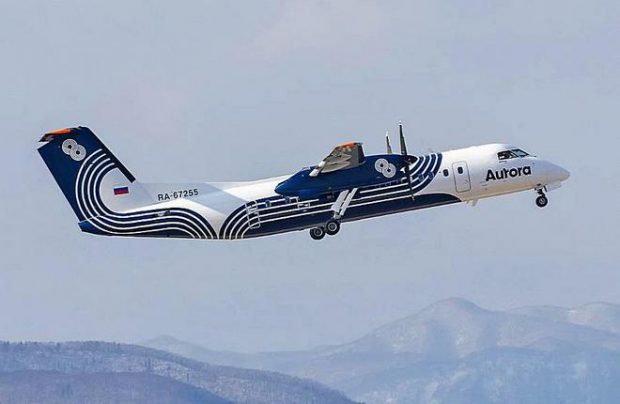 Aurora Airlines, which celebrated its fifth anniversary in September, carried 1.099 million passengers in the first eight months of this year (Aurora)

Aurora Airlines, a regional Aeroflot Group subsidiary operating in the Far East of Russia, carried 1.099 million passengers in the period from January to August this year, a five per cent improvement on the same months in 2017.

The airline’s international traffic grew four per cent year-on-year to 277,970 passengers. Its main market, the domestic segment, increased by six per cent to 819,019 in the period, and the carrier’s seat load factor improved by a solid five percentage points to 75.9 per cent.

In the eight-month period, Aurora operated 16,342 flights, of which 12,767 were within and 3,575 outside of Russia. The airline’s RPKs also showed improvement by six per cent to 1.690 million RPKs and the passenger airline also carried 4,443 tonnes of cargo.

Aurora Airlines was founded in 2013 by the Aeroflot Group in response to a government order, by merging local struggling carriers SAT Airlines and Vladivostok Avia. IOSA-certified, it currently operates a fleet of 24 aircraft: 10 Airbus А319s, 11 Bombardier DHC-8s and three de Havilland DHC-6s. The airline is 51 per cent owned by Aeroflot, with the remaining 49 per cent held by the administration of the Sakhalin region. In 2017, Aurora carried 1.548 million passengers, up 12.5 year-on-year.