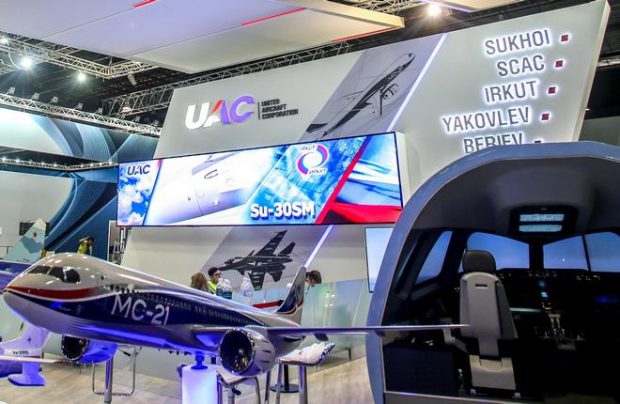 The reorganized entity will be known as Irkut Corporation (Leonid Faerberg / Transport-Photo.com)

The Russian government does not rule out that its share in the United Aircraft Corporation (UAC) may be reduced after the latter’s reorganization, and has indeed made provisions for such a reduction.

The state intends to retain the controlling interest in the corporation, reads a draft presidential decree on the corporationj’s reorganization that has been elaborated and proposed by the Ministry of Industry and Trade. The document also reads that the new structure will be called Irkut Corporation.

According to the document, the government is to retain control over more than 50% of the company’s shares. In reality, this might mean 50% plus one share. Currently, 91.6782% of the corporation’s stock is held by the State Property Management Agency.

The UAC, in its turn, holds 86.12% in Irkut Corporation. The document outlines how this structure is going to change: the corporation will merge with Irkut, and the resultant company will perform all the functions currently performed by the UAC.

The document contains no indications as to the future role of UAC subsidiary Sukhoi Civil Aircraft (SCAC), which was previously predicted to merge with the UAC and Irkut.

The draft decree reads that, once the merger is complete, the newly formed organization under the new name will be added to the so-called list of strategic enterprises.

An earlier reorganization plan called for converting the corporation to a single share and setting up its corporate center with a more compact structure. That center was supposed to be created on the premises of Irkut Corporation, and would inherit all of the UAC’s civil-aviation functions. In this set-up, the SCAC would be responsible for the marketing, sales and aftersales support across the UAC’s entire product range.

The restructuring process is scheduled to be completed within 12 months of the decree’s signing. Minister of Industry and Trade Denis Manturov earlier said that the UAC, the SCAC, and Irkut would be merged together before the end of 2019.

The merger plan was first announced in late August 2017. The explanation given was that it would expedite further development of Russia’s civil aircraft industry and increase the share of civil projects in the UAC’s portfolio in compliance with a government strategy through to the year 2035.

The restructuring is also expected to help cut the corporation’s overhead expenses.