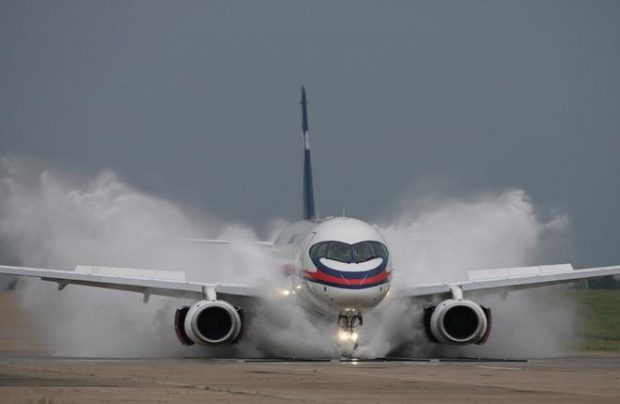 The provider has obtained relevant approvals from EASA and the national authorities; Russian certification is pending (SCAC)

Another MRO provider outside Russia has been cleared to provide maintenance on Sukhoi Superjet 100 (SSJ100) regional jetliners. German-based Haitec Aircraft Maintenance has had its EASA Part 145 approval extended to cover line and base maintenance on the aircraft, and obtained relevant permission from the country’s Federal Aviation Authority (LBA).

The German company is also gearing up to become the first MRO provider for the SSJ100 outside Russia to be certified by Russia’s Federal Air Transport Agency. It has already filed the application, OEM Sukhoi Civil Aircrat (SCAC) reports.

According to the agreement signed between Haitec and SuperJet International (SJI, a joint venture responsible for SSJ100 sales and promotion in Europe), the German provider may perform line and base maintenance on the type and will also have access to the parts pool, reqisite ground equipment and tools, documentation, training and engineering support.

The services will initially be provided in Erfurt, and then also at Frankfurt-Hahn airport (both in Germany). The operators will be able to choose their outstation.

Haitec CEO Gereon Aron remarked: “We are delighted to be the first MRO provider in Europe to offer base and line maintenance services to SSJ100 operators in partnership with SuperJet International.”

The only SSJ100 operator in Europe is currently Ireland’s LCC CityJet, which wet-leases some of its aircraft to Belgium’s Brussels Airlines. Other European carriers may consider acquiring the type in the near future. Russia’s State Transport Leasing Corporation is preparing to launch a Superjet parts pool for Europe.

In Russia, there are around a dozen organizations involved in SSJ100 maintenance. These include Tulpar Technic, Engineering Holding, Volga-Dnepr Technics Moscow, Aeroflot, and Yakutia Airlines.