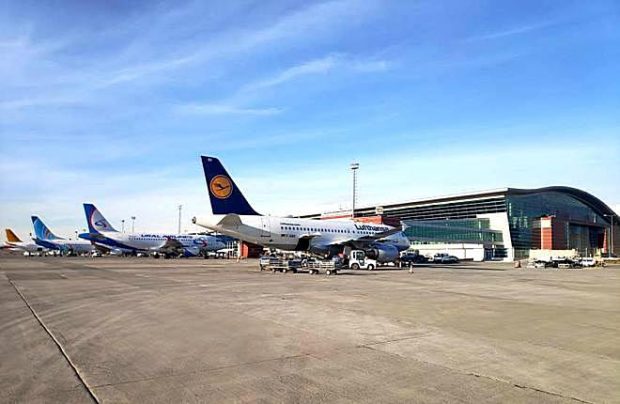 Russia’s Pobeda and Ural Airlines ranked among the top-10 largest passenger carriers in Georgia in 2019, despite the fact that all their flights were operated only in the first half of the year, after which Russia imposed a ban on air connections with Georgia (Tbilisi Airport)

Georgia’s airlines’ share of their home market has continued to shrink following the government’s initiative to liberalise the country’s airspace. Furthermore, Georgian airports’ traffic growth slumped from 23.6 to only 3.2 per cent in 2019 as a direct result of the July 8 ban on air connections between Russia and Georgia, following political tensions between the two countries. Georgian airlines suffered the most because, prior to the embargo, it was the Russian market that generated the bulk of their business. As a result, foreign airlines not dependent on the Russian market continued to strengthen their status in the Caucasus country, particularly Hungarian low-cost carrier Wizz Air with its proactive expansion attitude.

2019 data released by Georgia’s Civil Aviation Agency demonstrates the indisputable leadership of foreign airlines in the country’s market. According to the report, more than 5.1 million passengers travelled on scheduled and multiple charter flights into and out of the country, a modest 3.2 per cent year-on-year increase. Of this number, 89 per cent was generated by foreign airlines.

Low-cost carrier (LCC) Wizz Air led the way with 823,300 passengers served, as the budget airline improved its previous year’s results by 40.5 per cent and increased its slice of the Georgian air travel pie from 12 to 16 per cent. Having served Georgia since 2012, in 2016 the airline chose Kutaisi International as its base airport and continues to expand its network from a location. The LCC now contributes to more than 90 per cent of the airport’s entire annual traffic.

Georgian Airways, the nation’s largest carrier, ranks third, but its operational results slid by 10 per cent after the imposition of the Russian air connection ban.

Two Russian airlines – Aeroflot’s low-cost division Pobeda and Ural Airlines – made it into the top-10 list with their results from just the first half year prior to the ban.

At the same time, local start-up MyWay Airlines, which launched operations in 2018 with the ambition of serving destinations in Russia, Kuwait and Europe, found itself affected by the Russian ban and considerably behind with its initial plans. It currently operates just one route between Tbilisi and Tel Aviv in Israel, utilising one of its two Boeing 737-800s. The second, according to public flight tracking services, operates flights between Jeddah (Saudi Arabia) and Khartoum (Sudan) on behalf of Sudan carrier Badr Airlines.

In 2019, Georgia’s airports collectively handled some 5.2 million passengers, a 3.5 per cent improvement on the previous year, even though the number of flights decreased by 0.7 per cent to 24,400 in the period.

The Russian ban affected the operational performance of capital Tbilisi airport in the year, as its traffic declined by 3.1 per cent to 3.7 million passengers. By contrast, Kutaisi airport, spurred by Wizz Air’s expansive operations, enjoyed 41.5 per cent growth to 873,600 passengers. Both Tbilisi and Kutaisi are now also served by Ryanair, which launched flights from those destinations to Milan, Marseille and Bologna and plans to add Cologne in the coming summer season.

Batumi airport handled 624,200 passengers, up 4.2 per cent on 2018. Smaller local airfields at Mestia and Amrolauri handled 8,625 and 1,966 passengers respectively, but whilst the former grew 25.8 per cent, traffic through the latter declined by 24 per cent.