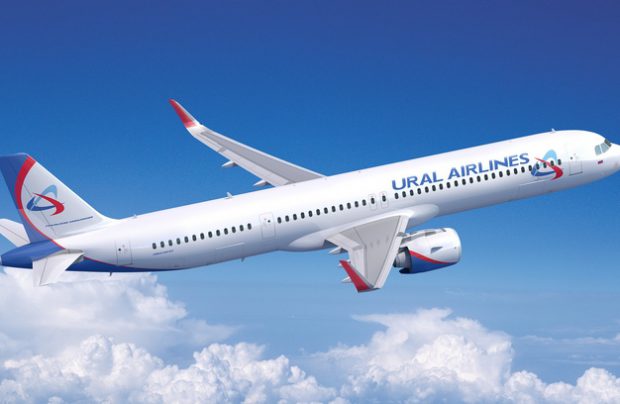 US lessor GECAS has been contracted by Ural Airlines to provide two Airbus A321neo aircraft from its order book, with deliveries planned for October and December of this year. The re-engined narrow-body aircraft will be the first LEAP-powered A321neos to enter service in Russia and the Commonwealth of Independent States (CIS).

As part of its fleet modernisation and expansion plans, Ural Airlines (U6), which is Russia’s fifth largest airline, is to increase its aircraft numbers by 50 per cent by 2025, bringing the fleet up to 70 aircraft, including new A320neos and Boeing 737 MAXs.

The delivery schedule for five new Airbus A320neo-family aircraft has slipped from April to the now expected delivery date of August for the first A320neo, followed by two more A320neos and the above two A321neos from GECAS later in the year. Some issues with the type’s LEAP-1A engines, produced by CFM International, have been blamed for the delay.

“The A321neo will provide our pilots and crews commonality with our existing A320 family fleet along with the enhanced fuel efficiency of the LEAP engines,” notes Andrey Melnikov, head of fleet development at Ural Airlines, adding “These new aircraft provide us additional capacity as we continue to grow and renew our fleet while offering our customers the comfort afforded by these modern aircraft.”

The Yekaterinburg-based carrier also commits to Boeing 737 MAX with the planned December delivery of the first of ten MAXs it has on order. It holds a firm order for 10 MAX-8s and an option for a further four of the currently grounded aircraft. In the original schedule the first deliveries were due to occur in October of this year and the airline was expecting to have two MAXs in its fleet before the end of 2019.

With a current in-service fleet of 45 aircraft from the Airbus A320 family – including five A319s, 24 A320s and 16 A321s – the Russian operator now transports more than nine million passengers annually.

U6 served 4.24 million passengers in the first six months of this year, a 7.7 per cent year-on-year improvement. The airline’s flight geography now includes more than 200 destinations.