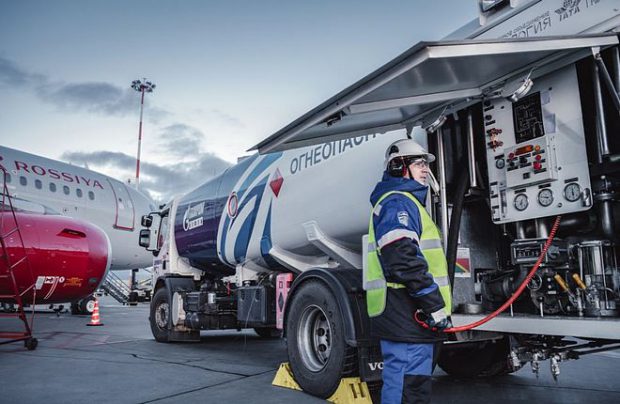 On its strategic path to become one of the world’s top 10 largest aviation fuel operators, Gazpromneft-Aero, the aviation fuel arm of Russian oil giant Gazprom Neft, has extended its refuelling network to 13 airports to a total of 282 airports in 67 countries. Last year, the total volume of overseas refuelling increased by 26 per cent year-on-year and amounted to more than 310,000 tonnes.

The improvement in the past year was achieved primarily by significant sales increases in the refuelling of both Russian and international carriers operating to and from destinations in China, Serbia, Montenegro, Spain, Thailand, India, Vietnam, South Korea and Malaysia, the company says.

“Within 10 years of the company’s first international ‘into the wing’ refuelling, we have now sold more than two million tonnes of jet fuel at overseas airports,” reveals Vladimir Yegorov, chief executive of Gazpromneft-Aero. “The growth in sales abroad is primarily driven by the development of our cooperation with airlines and aviation fuel suppliers in local markets. In accordance with Gazprom Neft’s long-term business development strategy up to 2030, we will continue to expand our network at the most popular airports in the world. We expect to [eventually] increase the volume of international sales to one million tonnes per year, which will allow Gazpromneft-Aero to become one of the 10 largest aviation fuel operators in the world,” he adds.

In the meantime, Gazpromneft-Aero has become the first Russian company to sign up to the Joint Inspection Group (JIG), the large international body that promotes the development of jet fuel standards. With more than 40 per cent of jet fuel worldwide supplied in accordance with JIG standards, it covers the entire supply chain for aviation fuels, from oil refineries to ‘wing-tip’ refuelling. Major oil companies and fuel suppliers including Total, BP, Shell, CNAF, Eni as well as aircraft refuelling operators, are members of JIG. In addition to monitoring industry standards, it also trains inspectors and carries out jet fuel infrastructure audits at airports in compliance with international standards.

“JIG will also be an efficient platform for us to demonstrate our own technological advancements in the jet fuel sector, together with [our] digital projects for the improvement of the operational efficiency and the quality of aircraft refuelling,” Yegorov emphasises.