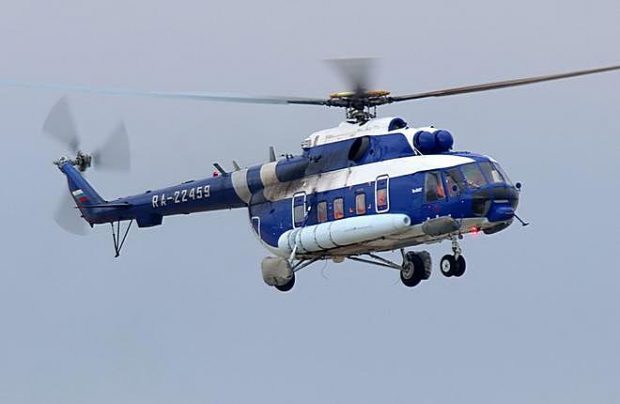 The number of operational hours flown by Gazprom subsidiary Gazpromavia’s fleet of helicopters is continuing to decline. In 2018, it amounted to 30,324 hours, which is 613 hours less than in 2017, the operator and Transport Clearing House (TCH) report. The number of the airline’s flight hours started the downward trend in 2013. Utilisation has fallen by 48.8 per cent over the past five years.

Over the past decade, the maximum number of hours flown by Gazpromavia’s helicopters was achieved by 2012’s 59,278 hours. For the entire decade, the carrier occupied second place after Utair in the TCH flight-hours list of Russian helicopter operators. However, in 2017, Gazpromavia slipped down to third, behind Yamal Airlines in the ranking.

According to the Federal Air Transport Agency, Gazpromavia commercial helicopter fleet consists of 69 aircraft: 66 Mi-8s of various modifications and three Airbus Helicopters EC135 T2+s. Half of the Gazpromavia helicopters are mature Mi-8T/PSs.

As well as helicopters, Gazprom also uses a number of unmanned aerial vehicles (UAVs), with Gazprom Neft, another subsidiary of the petroleum giant, currently operating more than 20 fixed-wing and rotor-wing-type UAVs for oil pipelines and for the monitoring of construction development projects. Typically, the terrain is also studded with drones during the early stages of mining projects. Such are the advantages of using drones that more than 60 per cent of all pipeline projects are now surveyed by them, the company recently revealed. In some instances, it is one and a half times more efficient to use drones rather than helicopters, Gazprom Neft reports. The company intends to continue to increase the fleet of its UAVs and their applications.