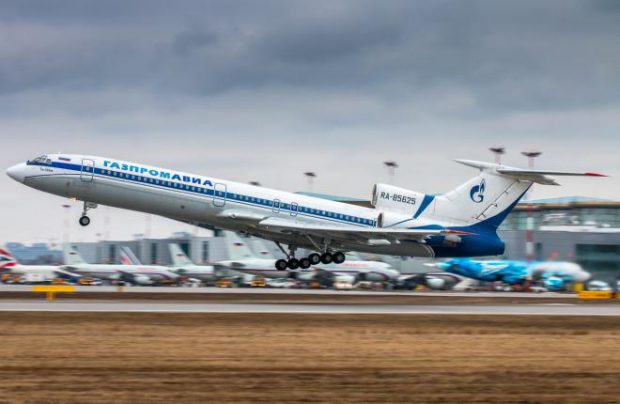 Now that Gazpromavia has phased out the last of its Tu-154Ms, utilization rates of its SSJ 100 fleet are expected to grow (Photo by Aydar Irdisov)

Gazpromavia Aviation, which is wholly owned by Russian gas giant Gazprom, has ceased Tupolev Tu-154 (M) operations. The only commercial operator of the type remaining in Russia is Yakutia-based Alrosa Avia.

According to the Federal Air Transport Agency, Gazpromavia had three Tu-154 (M). “All these aircraft have been phased out,” a source at the airline told Russian Aviation Insider. “The last revenue flight on the type was performed in the second half of June, after which the airliners were ferried to an airfield and mothballed there.”

In July 2015, the carrier took delivery of its 10th Superjet. These aircraft are used, in particular, for flights to Gazpromavia’s Bovanenkovo airport in Yamalo-Nenetsk Autonomous District.

Alrosa continues to operate two aircraft of the type on domestic flights; according to the airline’s summer timetable, these aircraft fly from Polyarny Airport in Yakutia to Moscow, Novosibirsk, Gelendzhik (with a stopover in Moscow), Krasnodar and Simferopol (both latter routes with a stopover in Novosibirsk). Last year, Alrosa General Manager Andrey Gulov said the carrier was prepared to replace its Tu-154Ms with SSJ 100s in 2017-18.

Gazpromavia, for its part, still has Soviet-built airliners in its fleet: several Yakovlev Yak-40s are operated by the airline’s Sovetsky Airport-based branch (in Khanty-Mansi Autonomous District). “These aircraft are airworthy, and are used on regional routes,” says the Gazpromavia source.