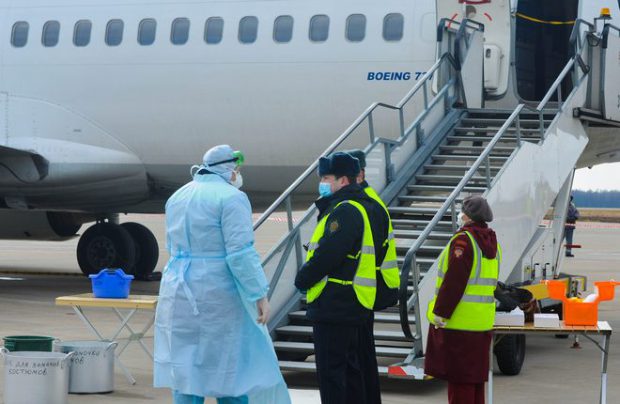 The Russian government is considering imposing a complete ban on domestic travel, both by air and rail, in the face of the COVID-19 threat, state-run RIA Novosti newswire reports, citing its own government source. Further restrictions on all kinds of movement across the country are also being discussed.

From March 27 a ban on international air travel has been in effect, with the exception of those special charter flights repatriating Russian citizens, so that Russia will have closed all border crossings on March 30. However, no restrictions have so far been imposed on domestic air services and the country’s airlines are continuing to operate all those flights, with some of them even preparing to launch new destinations in preparation for the new IATA Summer season.

The only notable exception is Aeroflot Group’s low-cost subsidiary Pobeda Airlines, which has announced the two-month suspension from April 1 of all operations. The decision taken by Pobeda, Russia’s third largest passenger airline – and part of the state-owned Aeroflot Group – is viewed as an indication that a complete ban on domestic air travel may soon be declared.

Notably, in its recent Aeroflot Group revised outlook, global ratings agency Fitch assumed Aeroflot’s revenue passenger kilometres (RPKs) would fall by 100 per cent in April-May 2020 and by 80 per cent in June.

Meanwhile, to combat the spread of the virus and enforce quarantine measures, Russia’s president Vladimir Putin has announced a week of nationwide holidays from March 30. Hotel and resort reservations have been prohibited since Friday, and the mayors of Moscow and Sochi have called on Russians to opt out of traveling to the capital and the most popular holiday resort destination during the unexpected holidays.

Rosturism, Russia’s federal tourism agency, is also advising Russians against travel. Zarina Doguzova, the agency’s head, has expressed the hope that, with all the measures taken against the pandemic, Russians will be able to resume travel as early as this summer.