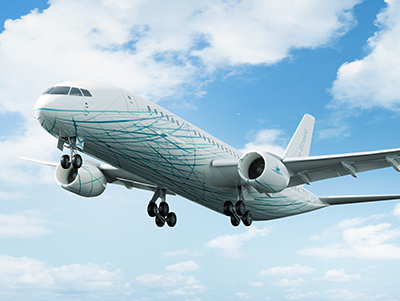 The Russian company Frigate Ecojet, which is working to develop a widebody medium-haul passenger airliner with a highly elliptical fuselage, is about to make the final choice of location for its assembly facility. Although the company has failed to find a strategic investor in the past year, it achieved the other goals planned for that period, project head Alexander Klimov told Show Observer. A list of 140 potential sites was downselected to three: in Germany, the Czech Republic, and Slovakia. The shortlist was then expanded to include the Ulyanovsk, Russia-based special economic port zone. Klimov says that the final decision will depend on each of the candidate sites’ suitability for the project. ThyssenKrupp has already drafted a construction project, which will be used in the final selection process to assess the potential locations’ suitability.

A detailed structural design of the entire fuselage will be completed and assessed by the year-end. Klimov says Frigate Ecojet is looking to intensify the development work and start designing the wing by contracting French, German, and Dutch engineering centers, which were previously busy working on the Airbus A350XWB program. “We are now studying various cooperation options and will perhaps start working with small trial orders,” Klimov says.

Possible European development of the future aircraft raises certification questions. Frigate Ecojet’s marketing and sales director, Sergey Grachev, says the airliner will be first certified by EASA, with the certificate subsequently validated in Russia. “If we do it the other way round, we will have to repeat at least 30% of the certification tests for EASA,” he explains. “Besides, an EASA certificate will considerably simplify FAA certification in the US.”

Grachev says the Frigate Ecojet’s flight desk will share 100% commonality with an existing widebody airliner. He declines to specify the type, noting that Frigate Ecojet will have sidesticks.