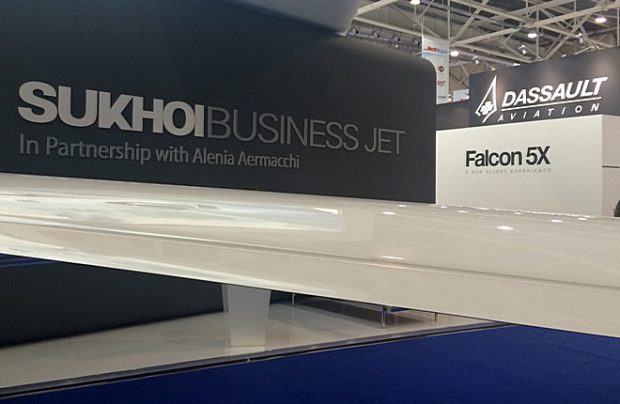 A difference of opinion over the choice of aircraft type for one of Russia’s ministries has placed the government on the horns of a dilemma.

Whilst the Russian government is openly determined to promote and protect Russia’s aircraft manufacturing industries, the healthcare ministry has unexpectedly decided to purchase a French-made Dassault Falcon 7X tri-jet for its urgent medical evacuation needs.

Although the ministry’s Federal Bio-Medical Agency (FBMA) was initially instructed to come up with a solution involving the purchase of locally-manufactured Russian-made aircraft, in particular the Superjet 100 (SSJ100), it appears that, having analysed the market, the agency has instead concluded that the French business jet is a better fit for its needs, citing its more favourable range, runway performance and overall cost.

In a letter to the government, healthcare minister Veronika Skvortsova points out that the ministry currently has no aircraft for medical evacuations following the grounding of its sole Antonov An-74 due to the expiry of service life limits of its Ukrainian-made engines.

To find a replacement, the agency analysed “several aircraft types” and ended up opting for the French-made Falcon 7X. “Considering the needs of the agency, which is mostly [for the] individual evacuation of patients, this model appears to be the most suitable,” confirms the healthcare notification.

Specifically, it is the 7X’s better runway performance compared to that of the business version of Russia’s SSJ100 – and its capability of cruising at higher altitudes and over longer distances (11,000 km versus 4,500km respectively) which, together, extend the scope of its operation from remote regions and shorter runways to medical facilities in Moscow and St Petersburg. In particular, Skvortsova also points at those Russian regions with hazardous physical, chemical and biological obstacles, as well as the spaceports of Vostochny and Baikonur.

The purchase cost of the French alternative is another strong argument in its favour. With two specially equipped medical modules, the 7X would cost some 4.166 billion roubles if delivered in the fourth quarter of 2020. By comparison, the SSJ100 is on offer with a 17-year financial lease period at a cost of 5.425 billion roubles. Configured in a VIP version, with specialist cabin fixtures and auxiliary fuel tanks, the Russian Superjet would cost considerably more. Two such aircraft are currently at the disposal of Emercom, Russia’s civil defence and emergencies and disasters agency.

The predicament of choosing between, on the one hand, supporting the needs of local industry and, on the other, saving people’s lives, is clearly a catch-22 plight for the government. Whilst it is relatively easy for the Russian government to guide the purchasing decisions of state-influenced commercial airlines, this type of government department dilemma poses a different set of questions. Furthermore, now that the situation has reached the public domain, if the healthcare ministry is forced to obey the instructions, the government could then be accused of putting state interests ahead of human life.

And if an exception is made for the healthcare ministry, then other candidates will almost certainly appear as well.

On May 5, 41 people lost their lives when a Superjet 100 (SSJ100) operated by Aeroflot caught fire after a hard landing at Moscow’s Sheremetyevo airport. The accident is currently under investigation by the Interstate Aviation Committee (IAC) and Russian authorities.

After the loss of the SSJ100 aircraft in the accident, Russia’s Air Transport Operators Association, which speaks for the industry on behalf of its 20 airline members, asked the Transport Ministry to check the aircraft’s systems for compliance with all certification requirements.