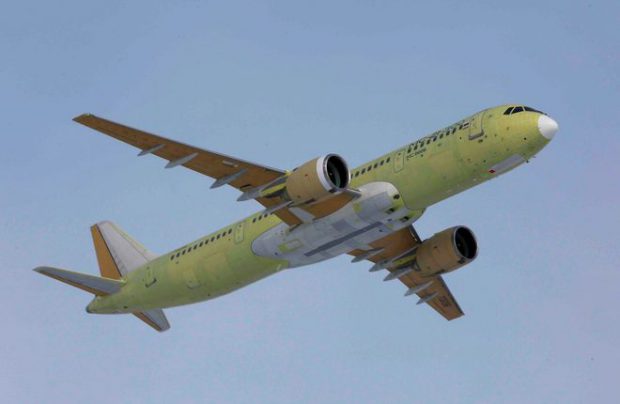 The maiden flight of the fourth MC-21-300 flight test aircraft took place at the airfield of Irkutsk Aviation Plant, the affiliate of Irkut Corporation (Irkut)

On December 25 the fourth prototype of the MC-21-300 made its first flight at Irkutsk Aviation Plant’s airfield thus joining the flight test programme of Russia’s advanced mid-haul airliner.

During the flight that lasted 1 hour 40 minutes the Pratt & Whitney PW1400G-powered aircraft climbed to 3,000 meters (roughly FL100) and reached the speed of 500 km/h. According to the test flight crew report, the assignment was performed completely, and the flight was uneventful.

The results of the testing of the first prototypes were taken into consideration in the latest aircraft’s production process, Irkut Corporation, the type’s manufacturer and part of United Aircraft Corporation (UAC) insists. The programme is proceeding towards Russian type certification scheduled for next year.

The fourth prototype will be fitted out with a high-density all-economy passenger cabin, designed to accommodate 211 seats. The only other MC-21 to feature a passenger cabin – in two class layout, seating 163 — was the third prototype which made its public debut at Moscow’s MAKS-2019 air show last August.

UAC plans to roll out the first six serially-built MC-21 jets in 2021 and double that number in 2022, before ramping up production of the country’s advanced, mid-haul airliners to 25 units a year by 2023, Valery Okulov, counsellor to UAC’s general director, has recently revealed.